The one Chicago team goes on the road down 2-0. The other one goes home down 2-0. I guess we can stop considering how many times FOX would play The Blues Brothers during bumps. 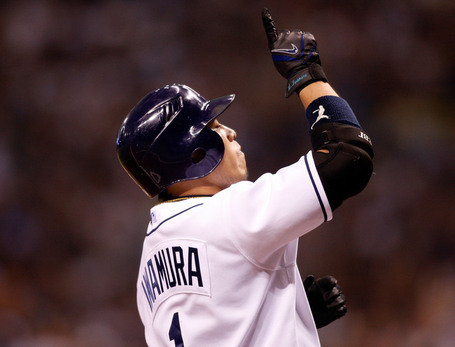 Chicago got to Scott Kazmir early, scoring two runs in the first inning, which could've been a lot more. Jim Thome singled Orlando Cabrera home with the bases loaded, and Alexei Ramirez got Nick Swisher home on a sacrifice fly. But they left some ducks on the pond. After that, Kazmir and the Rays bullpen (including s-starter Grant Balfour) shut the White Sox down, and sealed the deal with a three-run eighth inning.

Akinori Iwamura hit a two-run homer in the fifth inning to give Tampa Bay a 3-2 lead, which they did not relinquish. Dioner Navarro had a couple of steaks, and DH Rocco Baldelli had an RBI, too.

The White Sox worked really hard to get here, and they're a perfectly solid team. But however they do it, the Rays have overcome their own limitations and faults all season long. Going 97-65 is no fluke, even if they were a few games lucky by run expectations. Top-to-bottom, they're solid and stay in just about every game. They aren't overwhelming, but they're good.

I'll be honest, too: it still hasn't really hit me that the Tampa Bay Rays are well on their way to the ALCS. I thought the team could be good, PECOTA thought they could be good, and we've been going "well, watch out" about this team for a couple yearsr, waiting for the time when the talent all came together and made some noise. But they didn't slowly rise -- they exploded with 31 more wins this season than last, and they're owning the White Sox. It's not that they're good that is legitimately kind of stunning; it's how quickly they became a hell of a good team. 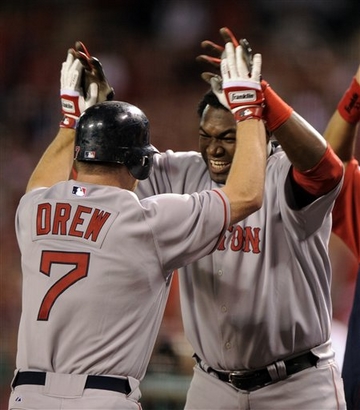 When I was a kid, I had a Nintendo, like most my age. The first game I had besides the Super Mario Bros./Duck Hunt cartridge was the classically horrible WWF WrestleMania, one God awful game that I nonetheless loved because there I was, as Macho Man Randy Savage. Wow! And with the graphics of the NES, it was like I really was at WrestleMania.

Punch-Out!, though, was the first big game. I had the code to get to Tyson, and unlike many, I won't lie. I never so much as hit Tyson. But the real shame that I will now admit is that I had awful trouble getting past Soda Popinski.

That's just it, though. I could smoke the guys after him before Tyson, and I smoked everyone before him. But Soda Popinski had my number. It happens. Frankly, it's sort of realistic, handicapping for the fact that Soda was about 11 feet taller than me and I had to jump to hit him in the face, and even then we're giving Little Mac incredible leaping abilities.

Anyway, for the Angels, it looks like Boston is their Soda Popinski. Mark Teixeira and Torii Hunter are new to this postseason rivalry, but they're making no difference. I downloaded Punch-Out! for my Wii virtual console about a week ago to play it again. I still let Soda get into my head. He drops me every time, and I mean dominates. The timing is impossible for me to get down. I don't know why. Leave me alone about it!

I guess that's probably where Mike Scioscia and his guys are at right now.

Craig Sager set a new record for horrific, gaudy suits tonight. Someone please explain Craig Sager and why the Turner networks continue to employ him. He not only adds nothing, but he's f-ing creepy and I'd guess players feel the same way. Plus he appears to know absolutely nothing about baseball. At least Ernie Johnson and David Aldridge can pretend. 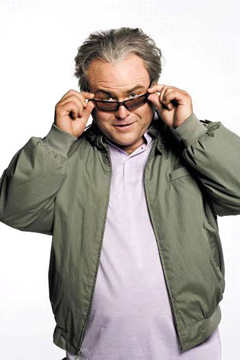