A few thoughts on Mike Mussina

Share All sharing options for: A few thoughts on Mike Mussina 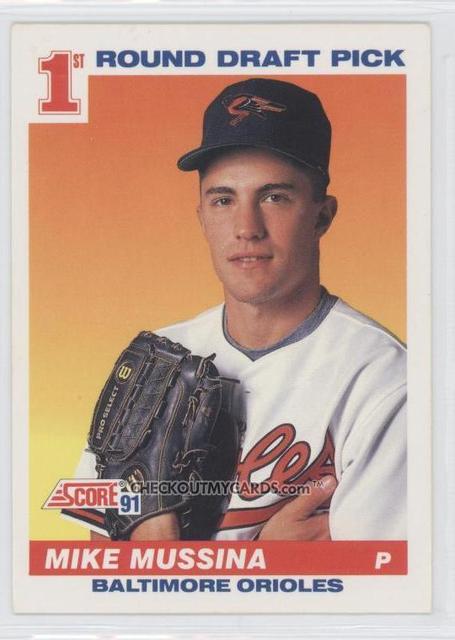 Have I forgiven Mike Mussina?

I've rationalized on his behalf before, many times, right here on this blog. If you're bored enough, you can look up the umpteen Mussina discussions and find that I'm pretty consistent.

I hated that he went to New York. Why couldn't he have gone to the Dodgers or something? Or even the Mets? I don't give a damn about the New York Mets. Why the Yankees?

But I never blamed him for it. I blamed Peter Angelos for driving out a man that could have had a chance at going down as the greatest Orioles pitcher of them all, even better than Jim Palmer. (And, no, he didn't quite get to Palmer's level even with his whole career counted, but even still he remains the second-greatest starting pitcher in Baltimore Orioles history.)

So, again, have I forgiven him?

I think it's time I can say that I never truly hated him at all. Not once. Not for a single moment. It was easy to root against him when he was in my face; when he was hurling for the Yankees and against the Orioles. Maybe if the Orioles had been competitive during his time in New York, it would have been different, and I would have been a full-time Moose hater.

But I'm not trying to change reality here. I can only tell the truth, which is that when he wasn't on the hill against our Birds, I still rooted for Mike Mussina, and I didn't care what jersey he wore.

I rooted for Moose because he was one of my first "inspirations" as a Little League baseball player. I played lots of positions, but mainly, I pitched. I was OK. I didn't have a great fastball, and being a bit of a nerd, I decided it'd be best if I learned to change speeds and focus more on location. Mussina and Greg Maddux -- those were my guys. I wouldn't say I studied them, because I was just a kid playing ball, but those were the guys I tried to be like. Those were my pitching heroes.

It's pretty hard to start hating your heroes, even once you're too old to have hero ballplayers anymore, and when who's on what team starts mattering more and more to your level of "dedication" as a fan.

I was happy for Mike that he got 20 wins this year. Honestly, given how irrelevant our team has been since his departure (and a bit before that), I wouldn't have given much of a hoot if he had won the World Series one time or five times with the Yankees.

Sure, I revel in Yankee failure like any Yankee hater does. I could hate on Clemens, hate on Pettitte, hate on Jeter and Posada and Bernie and Ruben Sierra and Shane Spencer and all the rest of those jerks. But not Mike Mussina.

Because Mike Mussina was our guy long before he was theirs. And when time comes for really looking back, I think history is going to remember Mike Mussina as a Baltimore Oriole, and not a New York Yankee. I know I sure as hell will.

He gave us a lot. Management wasn't willing to give back. I hope he makes the Hall of Fame, which I think he's earned. I hope we see Mike Mussina donning an Orioles cap and jersey at least one more time. I hope he comes back to Camden Yards someday and gets the ovation he so richly deserves from this team's fans.