Varitek's leadership worth $13.1 million per year

Share All sharing options for: Varitek's leadership worth $13.1 million per year

From the ESPN rumor mill:

Although Jason Varitek's numbers show that he has declined offensively, his agent, Scott Boras, is eyeing Jorge Posada's contract from last offseason -- four years, $52.4 million -- as a benchmark for Varitek, according to the Boston Globe.

"The idea of it is there aren't many players in the marketplace who lead a team like Jason Varitek can, and that's got to be his value," Boras said.

This is one of those instances where I have to genuinely admire Scott Boras. If he can convince Boston, Detroit or the Dodgers to pay Jason Varitek anywhere near Posada money, I don't know why a player would go with any other agent. Varitek has earned over a 50% pay cut on this upcoming contract. If Boras keeps him in the same neighborhood as what he's currently being paid, he's some sort of double-talkin' jive genius.

Maybe if he showed them this awesomely stern photo, Varitek's stock would be more likely to stay where it was four years ago: 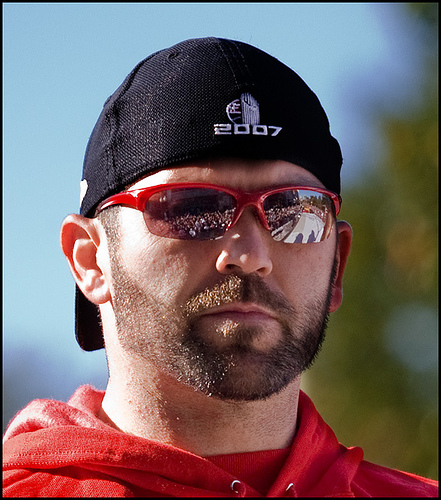