Furcal going back to Atlanta

Share All sharing options for: Furcal going back to Atlanta 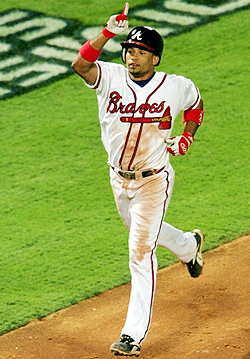 Jerry Crasnick's got the story.

The proposed deal with Atlanta would be for three years and a base salary of about $30 million. It includes a vesting option for a fourth year. A source close to the situation confirmed to ESPN.com that Furcal has reached preliminary agreement with Atlanta pending completion of a physical exam.

So after three seasons with the Dodgers and a dead negotiation with the A's, Furcal's just going back to where it all began. Go figure!