Share All sharing options for: 2009 First Base: It's fan-tastic!

Pitching and catching remain the biggest needs for the Baltimore Orioles, but there are some questions to be answered at first base as well according to the Baltimore Sun.

The club could install Aubrey Huff, who started 23 games at first last year, as the team's everyday first baseman. They also have had trade discussions to fill the vacancy, with the Texas Rangers' Hank Blalock among their targets. Kevin Millar, their everyday first baseman last season, Eric Hinske, Doug Mientkiewicz and Sean Casey are among the free-agent options. Slugger Adam Dunn, who has hit 40 or more home runs for five straight seasons, is also a free-agent option, though his price would probably have to come down significantly for the Orioles to get involved in the bidding.

"We did not allow this to sidetrack our other endeavors," MacPhail said. "We're focusing on our pitching and catching primarily at this point."

Catching = totally unimportant, find someone that can handle the position defensively and hopefully hit his weight until you bring Wieters up

It's astounding the lack of progress we're making on the free agent front. The eggs are almost entirely in the farm system basket -- we're counting on ALL of these guys to pan out, basically, if this is the sort of free agent player the O's are going to be under MacPhail. The offer to Teixeira was a joke -- let's call a spade a spade there. They put in an offer and never budged on it for the sake of a public that was in love with the idea of Maryland-born Mark Teixeira coming to crack the code and save us. We were never in the running. The Royals could've made the same offer if they'd felt like it.

I know you have to patch holes, but you'll have to forgive me if I don't have a firm belief in ANY front office at the Warehouse. I'm trusting Andy MacPhail, but it's a cautious trust. The problem I'm seeing is this division is not going to get worse any time soon. The Yankees are going to make a load of money every year and spend it on the team. The Red Sox develop and spend at the same time, and do both quite effectively. The Rays have a lot of years left on that team, probably, and a front four of Scott Kazmir, Matt Garza, James Shields and David Price could be terrifying for many, many seasons.

2009 is another fifth place finish. We all know that. And I've said before that saying rebuilding is OK is one thing -- watching rebuilding happen, the struggle of it all and the seemingly futile daily grind, is another thing entirely. It wasn't pretty to watch after a while last year. It won't be pretty this year, either.

What past that? These young players (Jones, Wieters, Tillman, Matusz, Arrieta especially) have to work out. If they don't, then a whole lot of other guys who are worse bets at becoming impact players have to work out. That's hard, man. And if the team doesn't win or doesn't expand its budget, free agents still aren't going to come here.

I've had this feeling burrowing in my gut for this entire offseason. I don't really like the direction we're headed, and it's not even so much the direction or MacPhail's vision. Developing young talent is not THE ONLY THING that has to drastically change under Dandy Andy's watch. The buck doesn't stop there. If the franchise thinks it does, another decade of this mess is on the horizon. 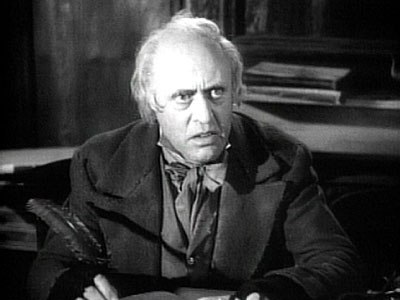