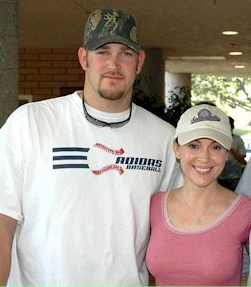 The Boston Red Sox and pitcher Brad Penny reached a preliminary agreement on a $5 million, one-year contract, according to several reports Monday.

The team also struck a tentative agreement with catcher Josh Bard and both deals are pending physicals, the reports said.

Cheap and one season removed from being one of the National League's most effective pitchers. Meanwhile we fart about with the likes of Mark Hendrickson.