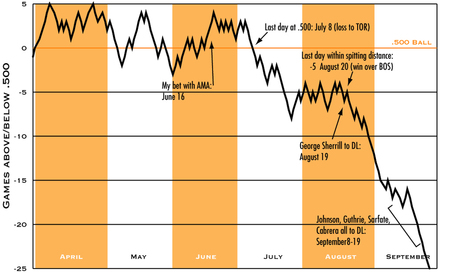 That's right, your Orioles currently resemble the US Financial markets.

I've highlighted one or two points over the year. I feel like we stayed above .500 a lot longer this year, but maybe it just feels that way.

One thing I do know. Last year, we had a rash of pitcher injuries and there was virtually nobody left to throw the ball for the last three weeks of the season.