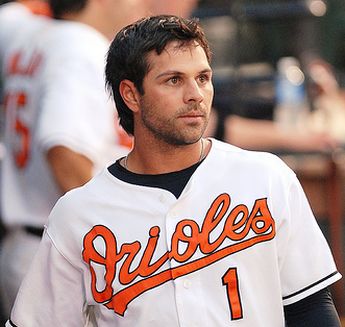 In case any of you interested in Brian Roberts' lovin' missed it:

Roberts, 31, has been with the Orioles his entire career, but he can become a free agent at the end of 2009. He has said repeatedly he does not want negotiations to be an in-season distraction, meaning the next few weeks could be monumental for Roberts, who also is getting married this month.

The Orioles probably ought to see what the real market is for Roberts, instead of just "shopping him" with their insane trade demands, with Angelos' love of Brian (are THEY getting married?) clouding the whole damn thing every step of the way.

Roberts is a fantastic player and I love watching the guy play, but he's not hanging around past 2009 unless he's gone stir crazy. I suppose there's a chance that he has.

That said if they can lock him up long-term for relatively cheap, you have to do that, probably. The sides, as we've all heard, aren't close.