Share All sharing options for: Your newest Oriole: Felix Pie

"Felix, you've been traded to the Orioles!" 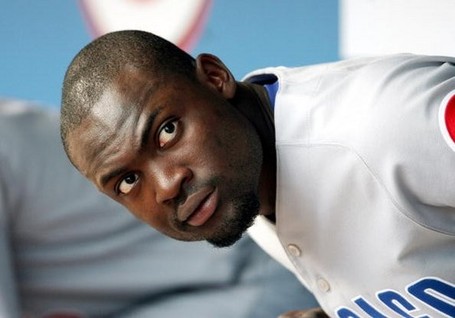 I was out of town at a soft open for the new hotel at the Blue Chip Casino, which was fun, and when I got up this morning and put on ESPN in the hotel, I saw this on the ticker.

That's edited for the front page.

There are a few things I have strong feelings on, and one of them happens to be Felix Pie. I don't think he's any good, and I don't think he's ever going to be any good. I'm not sure he ever was any good. He was/is a great tools prospect that lacks a lot of other things. Trading what could have been a serviceable Major League arm for what very well might be a AAA outfielder just doesn't feel good to me, especially for a team so absolutely bereft of pitching that also has a full, competent outfield in place for 2009.

I will root for Felix, of course, to prove me gloriously wrong, but I'm aware I'm hardly the only one here underwhelmed by this, and I'm also not the only one that sees this as an eyebrow-raising case of MacPhail being in love with a certain player.

On the other hand, I could easily say it's never bad to trade an "eh" player like Olson for a guy who was recently regarded as the Cubs' best prospect.