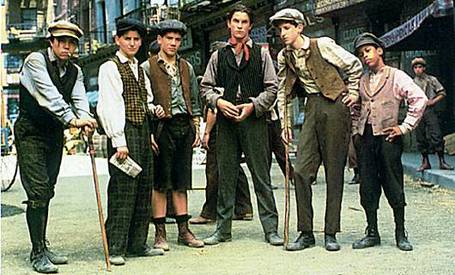 Yahoo! does these "Team Reports" and since I'm super bored, I thought we could shoot the sh breeze about the tidbits contained within. 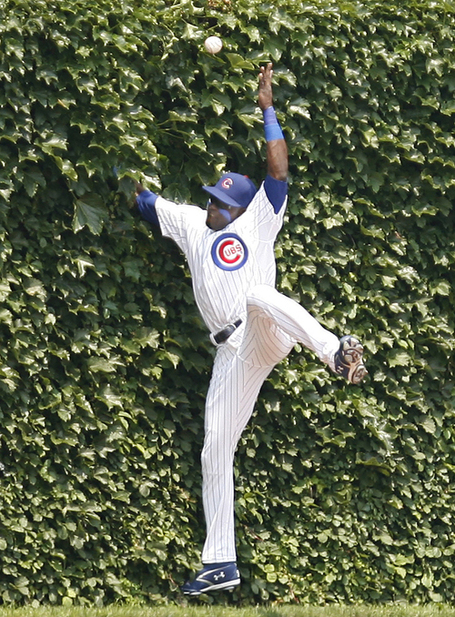 Felix Pie gives the Orioles one of the youngest, best defensive outfields in baseball.

The former Cubs center field prospect likely will get every opportunity to win the left field job after coming over in a trade for left-hander Garrett Olson and a low-level minor league pitcher. At worst, he’ll platoon with utility man Ryan Freel.

However, the left-handed hitting Pie hasn’t translated his above-average minor league numbers to the majors, where he failed in two stints with the Cubs. He’ll likely bat in the lower third of the order, but—if he produces—could see some at-bats in the No. 1 or No. 2 slots to utilize his speed.

I'd say I'm not trying to harsh Felix's buzz but I don't think Felix has much buzz left. Getting traded for Garrett Olson sort of gave me the impression the Cubs have flat-out given up on Pie, and usually when a team gives up on a guy, it's not good news. Yeah, I know, we gave up on John Maine and the Indians gave up on Jeremy Guthrie. Success stories do happen. But I'd also point out that Maine is merely a league average pitcher (the sting there gets a little better every year, even if we could use about four more league average pitchers) and that Guthrie's mid-career rebound is very rare. This trial with the Orioles is probably Pie's last best shot at becoming a major league regular. There are new players coming down the line every single year, and he's 24 now, so he can only ride the reputation as the Cubs' former top prospect so much longer.

Mostly I just think it's silly to consider Pie as a No. 1 or No. 2 hitter even if he hits, because his level of "if he hits" would have to surpass most everyone's expectations for him to be a better option up there than what's in place.

Of course Mora could collapse, leaving Markakis in the three hole, and then someone does have to hit second, which I'd sooner guess would be Adam Jones than Pie, but Jones' power might develop some more, which would probably make him the three hitter to break up Markakis and Huff (two lefties), instead of going Roberts-Pie-Markakis-Huff-Scott (five left-handed bats in a row on RHP days), but really it's more likely that Trembley leaves Mora somewhere in the middle of the lineup almost no matter what happens, because that's how Diamond Dave rolls. But I guess if all hell broke loose or Brian Roberts needed a day off, Felix Pie might hit leadoff in order to utilize his speed.

Right-handed hitting Lou Montanez might be able to crack the outfield picture, as well, if he can improve upon his defense.

We've had the discussions in comments recently, but Did You Know? that Luke Scott actually scored quite well in many defensive metrics for 2008? I know some of you statophobes that see with your eyes, MAN, can't be bothered with such nincompoopery, but it's science and maths, deal with it. Luke Scott is not the butcher he's sometimes made out to be. He is a totally adequate left fielder.

Lou Montanez might be able to crack the outfield picture, as well, if he can defy logic. 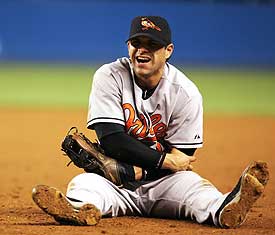 Markakis’ contract should go a long way toward convincing second baseman and impending free agent Brian Roberts to consider a long term contract extension. The Orioles and Roberts, their 31-year-old leadoff hitter, have been far apart on figures for most of the offseason, according to most reports.

I don't really know why Markakis' contract would go a long way toward convincing Brian Roberts to sign a long term contract extension, and truth be told as much as I like Roberts and see him being fine the next few seasons, I don't think he's so good that you want to crack the checkbook for five years or anything.

Adam Jones might be on the verge of a breakout season. After hitting nine home runs in his first full big-league season, Jones has put on 25 pounds of sheer muscle this winter, though he plans to trim down by five to 10 pounds by spring training. Jones’ right-handed bat would be a much-needed boost to the middle of the lineup.

This is crack reporting. In summary:

2. Players hitting for power is good! If muscles make Adam Jones hit for more power, the Orioles will benefit.

RHP David Pauley, acquired from Boston for RHP Randor Bierd, could win a spot in the rotation with a strong spring. Pauley, who is out of minor league options, went 14-4 with the Red Sox’s Class AAA affiliate last season.

RHP Radhames Liz will get an extended look as a starter in spring training; Orioles president Andy MacPhail has suggested the club’s former prospects will be given every opportunity to prove the club’s previous executives right. Liz, 25, could be used in the bullpen if he falters as a starter.

Considering the team has four open rotation slots, I'm pretty sure it goes without saying that Pauley and Liz are in the running.

1B Oscar Salazar was designated for assignment when the Orioles signed C Gregg Zaun. The right-handed hitter was a valued hitter to the club but had no established defensive position. The Orioles would like to bring him back on a minor league contract.

They're saying that Salazar was a valued hitter to the club. If true -- and I suppose it must be -- then that's strange, considering he's 31 years old with a career .805 OPS in the minors. The Orioles treating Salazar for what he is (a journeyman with no big league hope whatsoever, and a piece of a AAA team) is fine. If they wish to consider him more than that, there's a wire loose somewhere.

By The Numbers: 8—Teams Nick Markakis can list each season in his no-trade clause, part of the six-year, $66.1 million contract he signed recently.

I wonder what eight teams he's going to list this season? I'll guess Warshington, Colorado, Kansas City, Oakland, Pittsburgh, San Diego, Toronto and Texas. I know you might be thinking Seattle, but I figure they have the Space Needle and that Moose and Ichiro.