BOHMSS 2K9 - First Round, Game One

Share All sharing options for: BOHMSS 2K9 - First Round, Game One 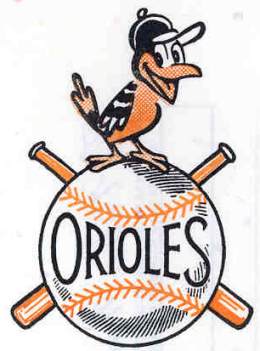 1. The simulations are run on WhatIfSports.com, because it's (1) free, and (2) perfectly fine when you tweak some of the bad lineup choices. As far as the pure simulation aspects, it probably wouldn't be in the top ten of baseball simulators, but then this is hardly the most serious venture in the history of time.

2. I'm going to post all of the first round, game one results today, game two might come up later tonight or tomorrow, and so on. I'd say I'll post them daily but what if I don't? Then I'm a liar. They'll be posted at my leisure, kind of, but no more than two a day. It'll take a while for this all to get completed, but it's not like there's a whole lot going on for the next few weeks, so hopefully this will enjoyably kill some time and get people arguing for the greater good.

3. All the teams are using four-man rotations except the 1970 team (The Dukes of Earl), which had three guys (Palmer, McNally and Cuellar) that threw 300 innings. I tried to keep it as tight as possible and make sure that only guys with at least 100 innings (generally it's way more) were in the rotations, but the 2008 team wound up with Radhames Liz going fourth anyway.

4. I'm only keeping track of pitching wins and losses and saves, and home runs for the batters, because it's not like I have the time to compute all the stats, and it's small sample size anyway, y'know?

6. All series are best-of-7 to avoid flukes as best as possible, but to also retain baseball-ness. It's a 2-3-2 format, so the home team has games one, two, six and seven, and the away team has home field for the middle three.

And now let's get it on.

The Dukes of Earl 6, Jimmie's Jammers 4

The Dukes of Earl lead the series, 1-0

Summary: Dykes' team started off well with a solo homer from Chuck Diering in the top of the first inning, but Boog Powell drove in Don Buford with a double in the bottom of the inning to tie it at one. Turley got into trouble in the third on this sequence:

Earl's team was up 5-2 after three, but the '54 O's got one back in the top of the fourth, and another in the fifth. Mark Belanger scored on a fielder's choice in the sixth inning, but the Dykes team came back again when Gil Coan led off the seventh with a solo homer. That was it for the scoring, though. Palmer and Turley both threw rocky complete games, with Turley walking seven and striking out six, and Palmer scattering ten hits over nine innings but walking nobody.

Summary: With two outs and a man on second in the bottom of the first inning, 1995 Mike Mussina walked Boog Powell, which allowed Jim Gentile to come up and blast a three-run homer. The '63 O's scored again on a two-run shot from John Orsino in the third, and that was more than enough. Steve Barber threw a seven-hit shutout, striking out six and walking three.

This simulation does love its complete games, as both Barber and Mussina went the limit. I'd have probably pulled Mussina at some point, but fact is he only threw the two bad pitches, right? Right? I dunno. Ask Computer Phil Regan. 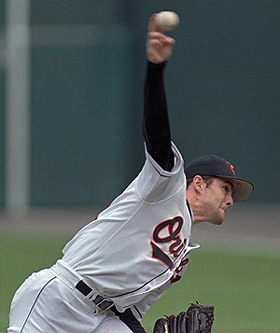 Davey's Goliaths 7, Diamond Dave and the Stars of Today 4

Summary: Trembley's modernized boys went up 1-0 when Nick Markakis drove in Juan Castro on a sacrifice fly in the third inning, but Chris Hoiles led off the bottom of the inning with a solo shot to get Johnson's team back even. Mike Bordick launched a solo homer in the bottom of the fifth to put the Goliaths up 2-1, and B.J. Surhoff made it 4-1 by doubling in Rafael Palmeiro and Jeffrey Hammonds in the sixth. Trembley left Guthrie in too long and the wheels came off in the eighth. Bordick drove in Ripken on a single to right center, followed by Brady Anderson doubling home Hoiles and Bordick, making it 7-1. Diamond Dave's squad put up a fight in the ninth, forcing Johnson to go to closer Randy Myers to finish it out. From the box score:

The Richards-Harris Express lead the series, 1-0

Summary: Not a good game for Lopez, who went five innings, allowing six hits, six earned runs, and 11 walks. This is the sort of hootenany fun you get from simulators. You're terrible, Rodrigo.

This was one where I had to really think about a linuep. The '02 team's best hitter was Jay Gibbons, and Jeff Conine was traded late in the year to the Marlins. But I'm not all about disregarding that Conine was an Oriole that year, like Harold Baines in '95, too. They were part of those teams and their records, so for the purposes of this tournament, they play on.

Gibbons would not have played first base over Conine, and with no DH and matched against a lefty, he was benched for this game. He went 1-for-1 pinch-hitting. Conine started at first base, with Mora, Chris Singleton and Marty Cordova in the outfield. Conine drove in the only Grover run, with a ground rule double that scored Jerry Hairston in the ninth. Monster '61 Jim Gentile walked three times. 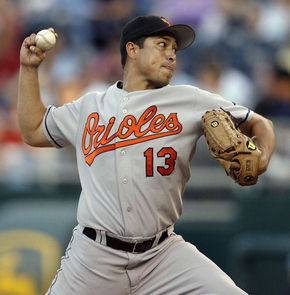 Summary: 1992 Mussina throws a complete game -- told ya it loved CGs. Lopez goes six and two-thirds before handing it to the pen, and a tight game is closed out by BJ Ryan (1.1 IP, K) and Jorge Julio (IP, 3 H, K, solo HR allowed). It was scoreless until the fourth, when Javy Lopez drove in David Newhan on a grounder through the hole to left, and Palmeiro followed by scoring Tejada on a grounder through the hole to right. On the same play, Outfield Assists Superstar Joe Orsulak gunned Javy at third base.

Mike Devereaux cut the lead to 2-1 with an RBI single in the sixth, scoring Brady Anderson, but Melvin Mora plated Jerry Hairston in the eighth, and Surhoff scored Javy in the eighth. Gomez's homer cut it to 4-2 in the bottom of the ninth, but Mike Devereaux grounded out to third with two men on for the final out. 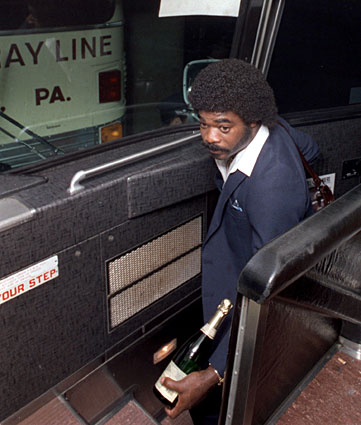 The Advantageous Appointment of Altobelli lead the series, 1-0

Summary: BLAM! 33 hits in all, 14 from Perlozzo's team and 19 from Altobelli's. The only starters that didn't get a hit were Kevin Millar (walked twice) and Gary Roenicke (reached and scored a run, though). And there were only two homers, both by Eddie Murray.

Perlozzo's team went up 3-0 in the second, but Altobelli's team scored four in the third and two in the fourth to go up 6-3. Perlozzo battled back to tie it at six in the top of the fifth, then fell behind 8-6 the same inning. It was 8-7 Altobelli going into the bottom of the eighth, and then the '83 champs scored five runs to put it away.

Summary: Frank's team really isn't as good as their record at all, so if the Ray Miller team manages a first round upset it wouldn't be that surprising or anything. Mussina is twice the pitcher Ballard is and we're talking ace-to-ace here, but the pitching does kind of even out after that. Kind of. The '99 lineup is better, too.

All nine starters for Devil Ray's Team got a a hit, and Delino DeShields went 3-for-4. Baines and Ripken had two steaks each. Mussina went seven (6 H, ER, BB, 8 K) before handing it over to superstars Alberto Reyes and Doug Johns. Johns gave up a homer in the ninth to Joe Orsulak.

As for Ballard, he went 4 2/3, allowing six runs (four earned) on five hits and four walks, with one strikeout. Miller's team was up 6-0 by the top of the fifth, and it was over. 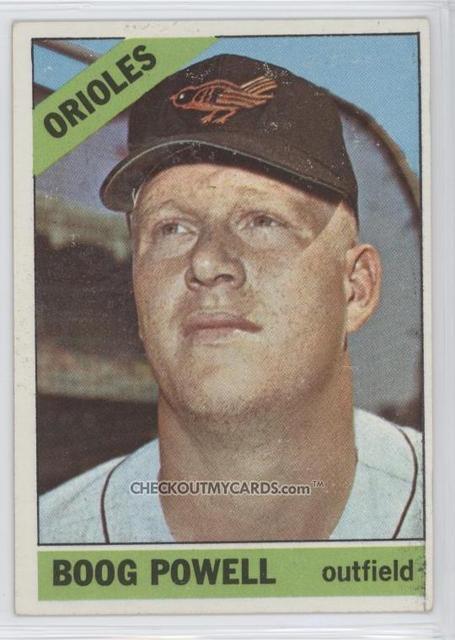 The Bauer-y Boys 8, The Ripken Family 3

The Bauer-y Boys lead the series, 1-0

Summary: Weaver versus Dykes is definitely a bigger mismatch considering we're talking about the best and worst Orioles teams ever, but this one feels even worse to me since I'm so much more familiar with the poor Ripken team than I am Dykes' bunch of schmoes. Larry Sheets is playing in the "NL" park in right field because I figure even fundamentals-lovin' Cal Sr. would look over at Bauer's team and go, "You know, I think we're gonna need Sheets' bat in the lineup." Sheets went 3-for-4, by the way.

Boog Powell powered the Bauer team, going 3-for-4 with two homers and four ribeyes.  McNally went eight strong for the win, scattering eight hits and striking out seven. Bill Short came in and gave up a couple pointless runs in the ninth when it was already 8-1 Bauer, and Moe Drabowsky finished off Billy Ripken for the final out.