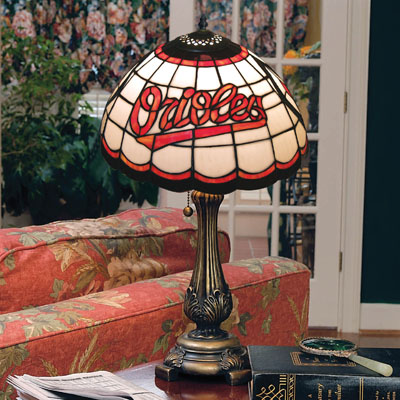 Day three of the BOHMSS 2K9 is upon us, and only three of the eight first round series are evened up at 1-1 as the teams switch home field advantages. That means some of the teams will wind up having a DH they aren't used to, and other teams can get guys like Harold Baines into the lineup or Larry Sheets out of the outfield.

Quick reminder on the series standings right now, in order of bracketing (seed-year of team is in parentheses):

Let's get on to the games three. 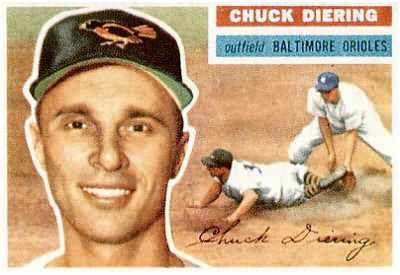 The Dukes of Earl lead the series, 2-1

Baseball is awesome. All that "any given Saturday" and "any given Sunday" mumbo jumbo is just that -- it's mumbo jumbo. Baseball is any given day of the week something ridiculous can happen. There is no other team sport that allows for a completely outgunned, overmatched, and understaffed group of athletes to defeat better teams as often as baseball. This is just a silly simulation, but here are the lowly '54 Orioles (54-100) upsetting the World Champion 1970 Baltimore Orioles (108-54) because it just happens that way sometimes. It also makes me wonder if the home field shifts will be more important than I imagined.

The Dukes jumped up 2-0 in the first inning, with Boog driving in Belanger and Blair driving in Boog. (For those that are interested in the lineups, it may seem weird nowadays, especially given Earl's philosophies, but Blair hit fifth a lot in 1970, and Belanger was in the two-hole pretty often.)

Earl's team went up 3-0 in the second when Frank Robinson beat out a double play ball that allowed Ellie Hendricks to score. In the bottom half of the inning, the Jammers started chipping away. Bobby Young singled in Vern Stephens, cutting the lead to 3-1.

In the fifth, Stephens drove in Gil Coan, making it 3-2, but the Dukes got that one back in the top of the seventh. Paul Blair beat out an infield single, scoring Frank Robinson.

The bottom of the seventh turned the tide. Mike Cuellar was still on the mound, and the top of the order was due. Coan and Chuck Diering singled, and then Cal Abrams lined a three-run homer down the right field line, putting the Jammers up 5-4.

They had the chance to close out the Orioles in the ninth, but big Frank led off with a home run, tying the game. The Jammers couldn't score in the ninth, and it went to extras.

In the bottom of the tenth with one out and two on, Bobby Young lined one to left, and Stephens turned the corner at third and headed home. Don Buford's throw was in time and nailed Stephens at the plate. Marcelino Lopez and the Dukes escaped the inning.

The top of the 11th saw Belanger and Powell stranded by Blair and Brooks, and in the bottom of the 11th, Diering ripped one to right field with Coan on second and one out, and Frank's throw to the plate wasn't in time. Game over, Jammers win. '54 beats '70. 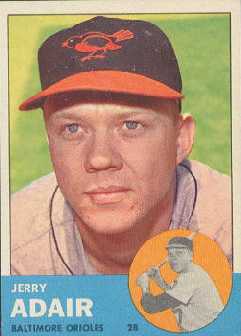 Summary: And boom goes the dynamite. BHP came out hot with two runs in the top of the first on a Powell single and Al Smith taking a pitch off the knee for the team, which scored Gentile, who by the way walked three more times in this game, bringing his tournament total to six walks in three games. He hit a homer in game one and Regan has decided to avoid him pretty much ever since. Interesting little coincidence there.

You may remember Regan had a bit of an affinity for letting Curtis Goodwin play center field and lead off even though Brady Anderson was right there, significantly better than Goodwin, healthy, and in the lineup. He did the same thing in the final four games of the '95 season with freaking Jeff Huson. Regan was kind of a putz. Anyway, I put Goodwin in the leadoff spot this game because it just stands to reason that Regan would have done it one of these games, and Goodwin led off the fifth inning with a strikeout (he was 0-for-5 with two whiffs on the day).

After that, Brady Anderson went yard, followed by a line drive dong from Palmeiro, and then right after that, Bonilla went deep again, giving him two on the day and three for the tournament. Baines drew a walk, and then Ripken grounded into one of the easiest 4-6-3 double plays in the history of mankind.

So after five, Regan's team had gone back up, 6-4, on the strength of home runs and nothing else. With the bases juiced on walks in the sixth, Regan had no choice but to make Armando Benitez pitch to Gentile, and Gentleman Jim singled in two runs, tying the game.

The sixth inning went 1-2-3 on both sides, and after another Goodwin K to lead off the seventh, Anderson homered again. Dick Hall relieved Robin Roberts, who gave up five home runs on the day, and he shut down the momentum.

11-7 BHP on the strength of a five-run ninth inning. Herman Starrette and Chuck Estrada finished it out for the '63 O's, putting them up 2-1 in the series.

Davey's Goliaths 10, Diamond Dave and the Stars of Today 2

Summary: Here's where the Diamond Dave team runs into problems. Past Guthrie, the pitching runs a chance of being obliterated in short order by a team that can hit like the Goliaths. Cabrera shut them down, but Olson can't make it through five, even though he struck out six and didn't pitch that poorly. He was pulled at 71 pitches. Sound familiar?

With the score 2-1 Goliaths in the top of the fifth, Rafael Palmeiro launched a two-run homer to chase Olson, bringing in hey hey hey it's Maaaatt Albers. Albers walked Anderson to score Surhoff in the sixth, and then Sarfate relieved him. Sarfate got Alomar to hit into a 4-6 FC, which scored another run, but he managed to get out of the inning. Still now it's 6-1, and who's gonna hit for the Stars of Today?

Millar homered in the seventh, but by then it was 7-1 and the solo shot was too little, too late. Davey's Goliaths tacked on three more in the eighth and won 10-2. B.J. Surhoff went 3-for-4 with a walk and four runs scored. Erickson went six innings for the W.

The Richards-Harris Express lead the series, 3-0

Summary: Grover's team is now on the brink of extinction after a shutdown effort from Chuck Estrada, who struck out eight in eight innings, walking two and allowing six hits.

The '61 O's chipped away the whole game, with Whitey Herzog singling in Jim Gentile in the fourth, then Brandt and Gentile picking up ducks on the pond in the fifth. They got three more in the sixth and a final run in the seventh.

Grover's team managed just six hits, and the only player with a multi-hit game was Jerry Hairston Jr. The RHE had a 3-for-5 from Herzog and a 2-for-3 from Jerry Adair. Gus Triandos was 0-for-4 with two strikeouts, and left seven men on base.

On the mound for the '02 O's, Jason Johnson took the loss with a five-inning effort, allowing six hits, three earned, and two walks with six strikeouts. B.J. Ryan was drilled in two-thirds of an inning of relief, giving up three earned. Chris Brock and Cal Maduro both got into the game to mop it up.

The Oatesimate Warriors lead the series, 2-1

Summary: Sutcliffe throws a complete game, then stares like maybe he might kill all of the 2004 Orioles. He scattered 12 hits, walked three, struck out three, three runs were earned. Through it all, he was going to murder Jay Gibbons or Miguel Tejada or somebody.

Watch your back, Larry Bigbie.

This one was pretty much over after two innings of play, as the Oatesimate Warriors jumped all over Erik Bedard in the second for seven runs, including one where Bedard was warned after beaning Mike Devereaux and forcing in a run. What a weird time for an umpire to warn someone.

Dave Borkowski and Rick Bauer did a nice job settling it down, but there was little the '04 O's could do. Sutcliffe was in command, and Devereaux and Chris Hoiles both homered for the Warriors. They were down 9-1 in the last inning, when Roberts singled in Gibbons and Bigbie to make it 9-3 with two out. I'd imagine Oates considered pulling Sutcliffe but didn't want to get powerbombed. This win puts the Warriors back in the driver's seat after they dropped game one.

The Advantageous Appointment of Altobelli lead the series, 3-0

Summary: Even though Storm threw a complete game, this was yet another Eddie Murray game, and even though I never tire of Eddie Murray looking like the coolest mothershutyourmouth to ever walk the earth, I wanted to give someone else on the '83 team a chance to get a photographic representation in this tournament.

Murray was 4-for-5 with his second multi-homer game of the series, and had four RBIs. For the series, Steady Eddie is 10-for-15 (.667) with four homers and 12 RBIs. He is slaughtering poor Perlozz's team, though the first two games were close. This one was not.

Altobelli jumped out to a 4-0 lead in the first and never looked back. Up 7-2, the '83 Birds threw on seven more runs in the last four innings (three in the sixth, three in the seventh, one in the ninth) just for punctuation. The Perlozzo team is toast.

Ripken was 2-for-4 with a homer, two RBIs, two walks and three runs scored. Rich Dauer and Rick Dempsey both had three hits. The Altobelli team wound up with 19 hits for the game, compared to just four for Sam's Town.

Why not? Because the starting pitchers stink and the '99 team could hit if nothing else. And it really was nothing else.

The way this '99 team can hit, they could be a real problem even past this round. They can really slug. Of course their pitching is likely to kill them in the second round, but for now they're wiping the floor with poor Frank Robinson's poor overachievers from '89.

Dave Schmidt was pulled after four innings of work, allowing nine hits, three earned, and walking four with no strikeouts. He threw 90 pitches. The other two runs were given up by Brian Holton and Mark Williamson. Tettleton did put them up 2-0 in the first with a home run, but from there it unraveled.

The '99 O's went up for good on a two-run homer from Surhoff in the fourth. Will Clark probably sealed it when he led off the seventh with a solo shot.

Big Fat Sidney Ponson went eight innings, allowing five hits and two earned. Mike Timlin got the save by striking out the side (Tettleton, Milligan and Sheets, with an Orsulak blooper single between the latter two) in the ninth.

The Bauer-y Boys lead the series, 3-0

First of all, this is the first time in the tournament that a pitcher has dropped a game as a starter and then dropped the next, totally different game as a reliever. Congratulations, Dave Schmidt of nearby (to me) Niles, Michigan, you're our grand champion!

Trailing 2-0 in the fifth, the Ripken Family got the heat on in the kitchen with a three-run inning. Terry Kennedy singled in Ray Knight, and then Mike Young crushed a two-run homer to put the '87 schmoes up 3-2. In the eighth, though, the '66 champs battled back to score three runs and take a 5-3 lead.

But the '87 losers wouldn't back down, scoring two runs in the ninth to tie it up. Eddie Watt managed to get Jim Dwyer and Billy Ripken to both line out to shortstop to force the game into extras.

And then came Frank Robinson. With two on and one out, Robinson blasted a three-run homer to put the Bauer-y Boys up 8-5. The Ripken Family battled back to score two runs in the bottom of the 10th, and Terry Kennedy came up with a man on and two out. He flew out to right, and the Ripken team is now in a 3-0 hole.