The starting rotation isn't starting to take shape at all, but potential suitors for rotation spots are starting to turn up. Let's take a look at the gentlemen who will vie for positions taking the ball every five days.

As odd as it may seem to an outsider that hears "one guy in the rotation from last year," we haven't really LOST anyone besides Daniel Cabrera, which I now skeptically look at as a mistake (we'll get more into that), and sort of Adam Loewen, who was finished as a pitcher in May of 2008 anyway. 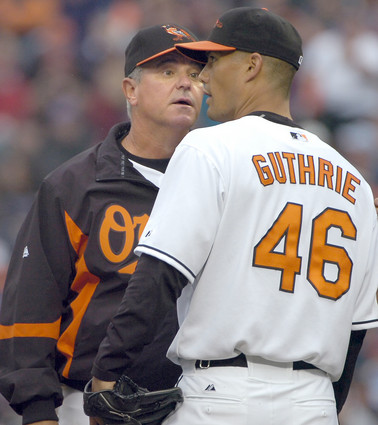 Jeremy Guthrie (10-12, 3.63/1.23) is the only guy we've got heading into spring training that has a rotation spot locked up, at least as it stands right now. No one else is even close to having a spot locked up, in fact.

This is dangerous. It's dangerous because even when accepting another losing season with the idea of rebuilding surrounding it all, you're basically telling the fanbase that you're hucking up prayers from half-court four days out of five. I'm not trying to say we can't find some consistency and reliability and real spark from some of our younger arms -- there's a decent chance of that happening. There's also a good chance that nobody gets much better, and it's a complete disaster out there.

Jeremy Guthrie's won-loss record reflected the team he played for in 2008, and it will do so again in 2009. And just like last year, there's a distinct possibility he's the only guy in the rotation that won't make you pull your f---ing hair out all the time.

Kind of a crap position for Guthrie to be in, really. He's not only going to have to lead by example, he's going to be feeling like Tom Hanks in Cast Away if he doesn't get any pitching support. Maybe someone can buy him a volleyball.

There also does remain the feeling that this Guthrie balloon could pop or at least start deflating any time now. I know this will probably seem like I'm a typical fan that expects everything to go wrong, but statistical trends aren't calling for Guthrie to keep having these seasons. There's no definite either way, but if Guts regresses some, don't be surprised. It's not like you can argue that he has the stuff to be doing what he does. But then that's part of why I like him so much. He defies expectation at this point in his career. 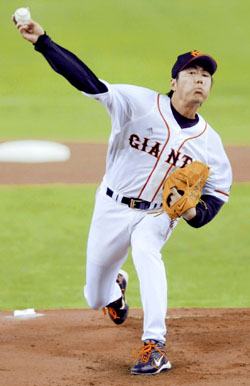 Some of y'all are super intent on considering Uehara a set part of the rotation. I'm super intent on trying to curb your enthusiasm, so to speak, because it's a simple matter of connecting the dots to me.

1. Uehara turns 34 on April 3 and has never pitched in the Major Leagues.

2. Uehara hasn't been a full-time starter the last two seasons. It's been said it was punishment, making him the closer in '07, or whatever, but the fact remains he has thrown 151 2/3 innings in the past two seasons combined.

3. Uehara was signed for two years and $10 million. Do the math -- we're not getting a front-line starter for $5 million per season. The max it can be is $16 million, if he meets innings, starts, and other performances marks. Andy Pettitte -- a middle rotation guy at this point -- just turned down a $10 million offer from the Yankees for '09.

In other words, we're not talking about Daisuke Matsuzaka here. Uehara could be the Akinori Iwamura of pitchers, or he could just be another Kei Igawa or Masato Yoshii, a pretty low-risk guy that just isn't going to cut the mustard.

I love his lack of walks (1.2 BB/9 in Japanese ball) and I truly like the signing. The O's didn't exactly break down the door for the Japanese market, but they knocked on it and it sort of creaked open just that little bit.

Here's where I start to question the idea to just let Daniel Cabrera walk (ha!) instead of paying him a relatively small amount of money to eat up innings in 2009. Hendrickson is just as bad as Cabrera for what would've been pretty comparable money to keep Cabrera, and he throws way less innings. It'll be nice for me and the like-minded Cabrera Haters to not see Big Bad Dan out there throwing fits and missing the plate by six feet, but it's not like I look at Hendrickson and see much of a different result for my game-watching experience.

Both guys got extended trial by fire runs last year due to injuries and the like, and neither acquitted himself very nicely at all. If I'm taking all the analytical B.S. out of this and just saying what I feel, I'll tell you that Liz looks like a bullpen guy at best to me, and Olson is a back-end starter at best, and probably not a guy that sticks around for very long. Neither of them have exceptional stuff and neither of them really impressed me. Of course, I could be totally wrong, which is part of why I like to keep the analytical B.S. in there. If I just start telling you all the players in which I see little value at all, it'd get pretty old, pretty fast. 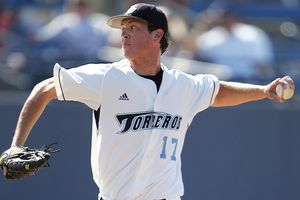 It's unlikely the O's want to rush Matusz, but I think it may wind up unavoidable. If they can't find guys that can get through five or six innings routinely without putting us in a massive hole, Matusz has to become an option if he's throwing well in the minors.

As a college pitcher, he's polished and fairly close to ready to go. It'd probably be an upset if we didn't see him at some point in '08 -- that could be good (the rotation stabilizes somehow) or indifferent (the organization sees no point in moving him up to a team with no hope).

Matusz and Chris Tillman, who's almost ready to buy a legal drink in this country (April 15, woo!), are the two genuine stud arms in the system. Both will hopefully be part of the Oriole rotation for years to come. Matusz is probably closer to ready for prime time simply in terms of maturity.

Righty Brian Bass and lefty Brian Burres could be a totally awesome new version of The Killer Bees. They even have the neat number thing going on. Burres is 56, Bass is 59.

All that talk of Danys Baez (RH) moving to the rotation was just talk, it appears, which I figured it would be. Baez stating a desire to start can easily be met with, "...sure, let's try that," because the obvious fact is that there's nothing really for him to do in 2009. He's a sunk cost and it probably hurts less to do nothing with him than force him into a role he can't handle, like pitching.

Would you give Jim Johnson a shot at the rotation? He came up as a starter. I say go for it, dude. Why not?

Oh Chris Waters, keep on rollin', Norfolk moon won't you keep on shinin' on me...

In the immortal words of Steve Zissou as he and his maybe-son, Ned Plimpton/Zissou, are about to hit the ocean in their sputtering helicopter, "This is gonna hurt."