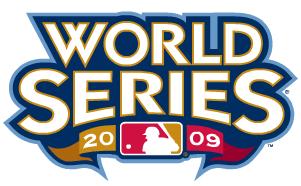 The Yankees took back home-field advantage with their win last night over the Phillies, although with the road team winning two of the first three games, I'm not sure how much advantage there is to be had.
It's Game 4 tonight, and while the Yankees are pressing CC Sabathia into duty on short rest, the Phillies are leaving Cliff Lee for Game 5. There's solid reasoning on both sides - CC has done short rest before, Lee hasn't.
But it is quite the gamble the Phillies are taking leaving Lee on the bench. They are throwing their fourth-best starter, Joe Blanton, against  the Yankees' best starter, Sabathia. There's a very good chance the Phils end the night down 3-1, and need to win the remaining games to repeat as champions. Of course, Orioles fans know a little too much about a team down 3-1 to a seemingly superior AL squad coming back to win.