Share All sharing options for: ESPN: Tejada charged with lying to Congress 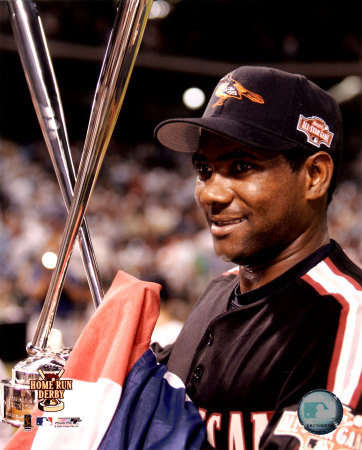 Saw it on ESPNews, and here's the link.

All-Star shortstop Miguel Tejada has been charged with lying to Congress about steroids. Tejada is scheduled to appear in court Wednesday where he is expected to plead guilty.

The charges against Tejada, who currently plays for the Houston Astros, were outlined in documents filed in Washington federal court on Tuesday.

The documents indicate that a plea agreement has been reached with Tejada.

Messages left for his attorney, Mark Tuohey, were not immediately returned.

The documents were filed a day after superstar Alex Rodriguez admitted to past use of performance enhancing drugs.

According to The Washington Post, federal prosecutors are alleging Tejada made misrepresentations to Congressional staffers during an interview focusing on the use of performance-enhancing drugs in baseball.

The charge came in "a criminal information," a document that can only be filed with the defendant's consent and usually signals a plea is imminent, according to the report.