Share All sharing options for: Former Oriole Roberto Alomar has "full-blown AIDS" according to ex-girlfriend 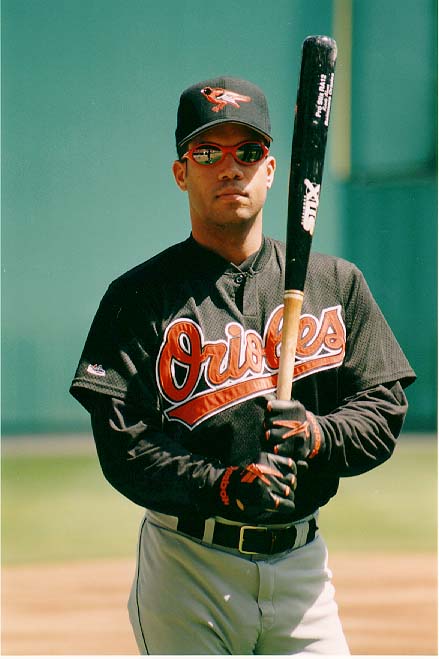 It's all over the place, and since Robbie was an O for a few years, it's worth discussing here, too. Otherwise I'd kind of keep my nose out of it for fear of it turning into anything like the mouth breathers on the Yahoo comment page.

In short: 31-year old Ilya Dall has sued Alomar for having unprotected sex with her, or something of that nature, and claims that the potential Hall of Famer has "full-blown AIDS," and describes watching his health deteriorate for the three years they lived together.

In papers filed in state and federal court, Dall said Alomar finally got tested in January 2006 while suffering from a cough, fatigue and shingles.

"The test results of him being HIV-positive was given to him and the plaintiff on or about Feb.6, 2006," the $15 million negligence suit says.

Nine days later, the couple went to see a disease specialist who discovered a mass in the retired second baseman's chest, the court papers say.

Alomar's skin had turned purple, he was foaming at the mouth and a spinal tap "showed he had full-blown AIDS," the suit says.

Alomar's lawyer says the former star is healthy and "would like to keep his health status private."