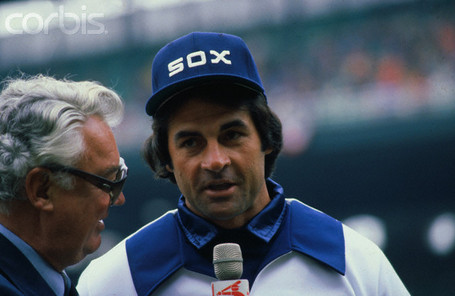 Cardinals manager Tony LaRussa has a weird idea. He's so desperate for arms that he wants to borrow some from the Orioles.

In what general manager John Mozeliak called a "disconnect" with his manager, Cardinals skipper Tony La Russa suggested Thursday morning that the team's shortage of arms was dire enough to seek a lend-lease arrangement with the overstocked Baltimore Orioles.

Orioles manager Dave Trembley called it "an interesting concept. I don't know what the rules are or how it would be received." One Orioles front-office member allowed, "You've got me. You just asked me something I've never heard before."

Mozeliak was also quoted as saying, "That's not going to happen."

And he's right, of course. It's not. But what a fun idea. Frankly, I couldn't care less if we sent some of these junk arms in camp over to the Cardinals for some work. Don't send them Troy Patton or anything, but Alberto Castillo or Ryan Keefer? Why not get them some work? It'd be fun if they could wear their O's uniforms for the Cardinals. We're all birds here, baby.

Even if the teams agreed to it, I figure MLB would step in and talk about "compromising the integrity" of this or that in a desperate attempt to convince the seven people remaining who think spring training games matter that they're right. MLB won't let down the facade because these games still make some money.

I'm also sure some old fuddy duddies on both sides would pitch a fit and talk about Bob Gibson and Jim Palmer. FYI: Bob Gibson can scare the stripes off a zebra by staring at him. Bob Gibson beaned his grandmother in her artificial hip for crowding the plate. BOB GIBSON!

I like silly baseball ideas. Keep on dreamin' your dreams, Tony.