Rotation Shakedown: O's decide Liz's future is in the bullpen

Share All sharing options for: Rotation Shakedown: O's decide Liz's future is in the bullpen 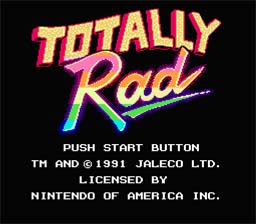 Radhames Liz has been dropped from consideration for the 2009 Opening Day rotation, as the Orioles have decided it's 99.99999% likely that Liz's future is in the bullpen:

"I don't think it's ever for good. You never say never," Kranitz said. "But I think at this particular time with our needs, his quality of pitches, he'll be able to handle that middle part of the game in the sixth and seventh innings. It's not rocket science. He's got to come in and throw the ball over the dish. It will be a lot easier for him in one-inning spurts, where he can kind of let it go."

Dave Trembley said that if Liz doesn't make the 25-man roster (also a possibility), he'll be pitching in relief at Norfolk.

In this year's edition of The Hardball Times season preview, I wrote the following for Liz:

Yet another Orioles arm from the last decade who appears to either be a lot of empty promise or better suited for a bullpen role, Radhames Liz got to take his lumps for 84 innings in Baltimore, and the results weren't pretty. At 25, he still has time, but not a ton of it with the influx of young pitching talent in the system.

Now this hardly makes me a scholar. I've said for three years that Liz was a reliever or bust, and I've been about 96% certain of that. My thoughts were the same ones Kranitz expressed, that if able to really let it fly for an inning or two, he could dominate if he can throw strikes. Stretched out and seeing lineups a few times, he didn't seem to have either the raw stuff or the, um, pitching acumen (?) to really go too far.

That means that with Jeremy Guthrie and Koji Uehara solidified as the 1-2 in the rotation, the three open spots are now down to eight guy: Baez, Bass, Bergesen, Eaton, Hendrickson, Hill, Pauley and Penn. It will be better for everyone on earth if Baez, Hendrickson and Eaton do not play into our rotation this season. That means they weren't good enough to beat out younger guys with far higher ceilings, even if they aren't the greatest young pitchers on the planet.

I guess I'll go ahead and throw out my hopeful picks for the final three spots: Hill, Pauley and Penn. I thought Pauley was a shrewd pickup this offseason, I'm still rooting for Penn even though I've been "down" on him, and Rich Hill you gotta root for because of all the guys we're talking about here (including Guts and Koji) he has the best stuff. I'm intrigued by Brad Bergesen but those K-rates will get him annihilated in the majors, I fear.

That would leave us with Guthrie, Koji, Hill, Pauley and Penn, which means we'd only have one lefty starter, but I'm not crazy about all that stuff. I remember the last time the Orioles thought they JUST HAD TO HAVE a left-handed starter and we got freaking Omar Daal because the last one we'd had was Jimmy Key. Just had to have Omar Daal! Omar Daal, Omar Daal!

Those five guys could give us a competent rotation. Chances are we finish last no matter who's in the rotation, but it'd be a lot more damned fun to figure out if some of these guys can play than it would be to fart around with Baez and Hendrickson and Eaton, all of whom I am quite certain cannot. Baez was a bad signing when we made it, and if Hendrickson came off the scrap heap then I don't want to know where in the hell it was they dug up Adam Eaton.

As for Liz himself, do his chances of making it in the majors go up with the role switch? Probably not. He either can pitch or he can't is one way to look at it, but deeper than that is I just don't think he's all that good. He doesn't miss that many bats for a guy whose control kind of stinks. And relievers are volatile by nature anyway. That said, I think this is his best chance to make it long-term. He's not going to become the next Eckersley or anything. He might be the next David Riske or something.