Going Back in Time

Share All sharing options for: Going Back in Time

My mom and I were looking through old photos last weekend and came across a stack of pictures from an Orioles game in 1979. It was a blast looking through them so I thought I'd play show and tell.

When I saw the stamp on the back of the pictures indicating they'd been developed in September 1979 I thought maybe I was at this game. Maybe it was my first Orioles game ever! My mother put the kibosh on that pretty quickly by telling me that no way did they take me to baseball games when I was six months old, they always left me with my grandparents while they were off having their fun.

Once I got home with the pictures I sat down to identify the players in the pictures and when the game took place. Even though I know the names of old Orioles I can only match up faces to the most famous of them, but a quick trip to NumerOlogy and I had ID'd them all, even the first base coach Jim Frey.

After I had that all straightened out, I headed over to baseball-reference.com to figure out when this game occurred. I knew the film had been developed in September 1979 so the game was probably not too long before then, that Steve Stone had been the starting pitcher, they were playing the Brewers, Lee May was at 1B and the Brewers pitcher was number 25. A bit of clicking around and I found it: August 8, 1979.

It was a heck of a game, although sadly the good guys lost in the end. Home runs by Benny Ayala and Ken Singleton weren't enough to overcome a mediocre pitching performance. Still, the O's went into the top of the 9th tied 4-4 when Don "Full Pack" Stanhouse promptly allowed the Brewers to score 4 runs in 2/3 of an inning. The O's went on to lose 8-4, but at the end of the day they were still in first place at 74-38, 5.5 games in front of Boston. Imagine reaching 74 wins by August 9th? Imagine reaching 74 wins at all?

Click Continue Reading to see the photos in all their grainy 1979 glory. 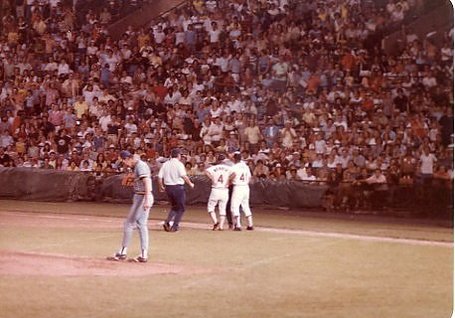 It seems that Earl had some problems with the umpires in this game (shocking!). Here he is with first base/hitting coach Jim Frey during an O's at bat. 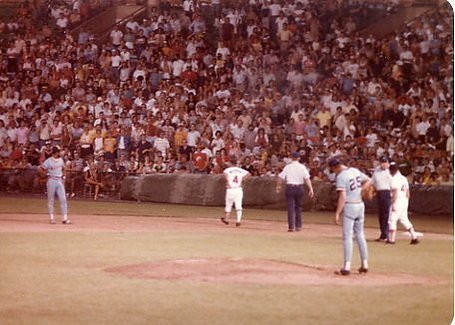 Jim Frey keeps up the cause while Earl stalks away. Is the umpire following him? 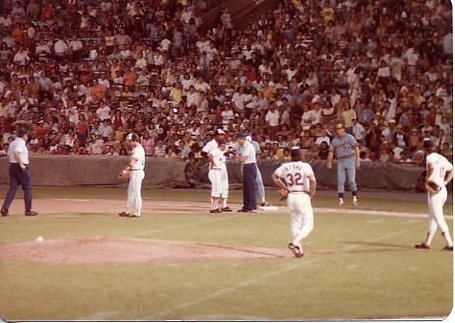 Here he is again, now with the O's on the field. It looks like Lee May is right there with Earl while Steve Stone and Doug DeCinces look on. 2nd baseman Rich Dauer pretends like he has no idea what's going on. 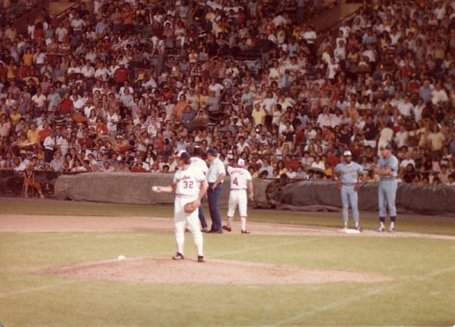 You can tell he's serious now because his hat is backwards. Steve Stone is back on the mound thinking that he might as well get some warm up tosses in because who knows how long this is gonna take. 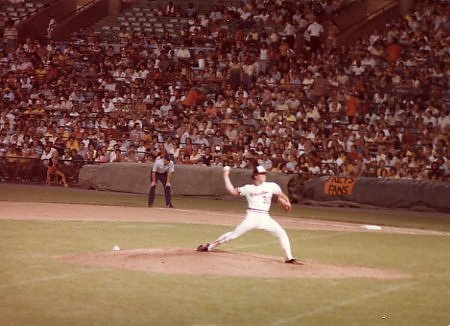 I like this picture because of the "Frey's Fans" banner. Is that for the first base coach? That's awesome. 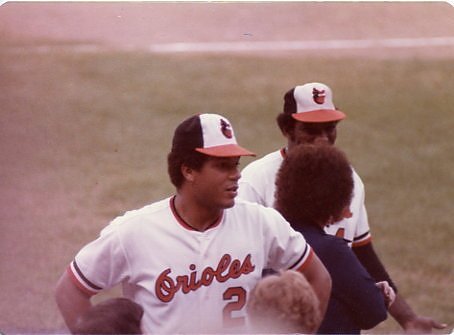 When we saw this picture my mom grabbed it and said, "Kenny Singleton! I loved him!" He was quite a stud in 1979, hitting 35 home runs and slugging over .500, ending the season with an OPS+ of 155. He finished 2nd in MVP voting in 1979 to the Angel's Don Baylor. Is that Al Bumbry in the background? 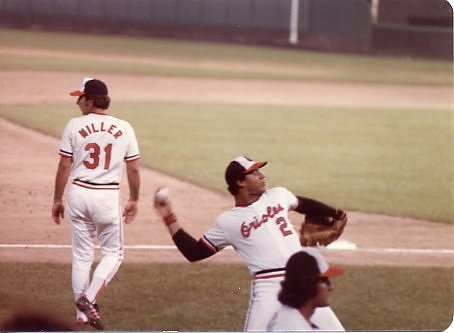 Kenny warming up pre-game with pitching coach Ray Miller in the background. Who is this fellow with the large hair in the foreground? 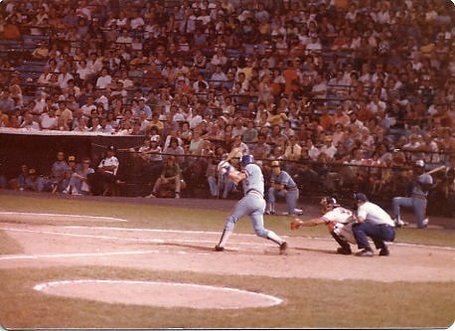 Catching that night was the one and only Rick Dempsey. I can't tell which Brewer that is. Any ideas? 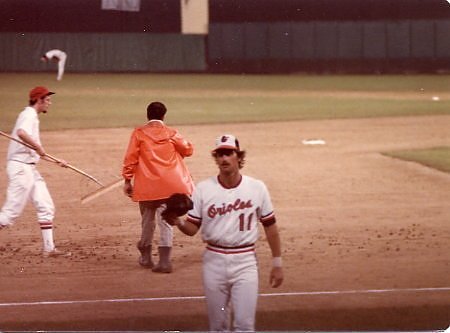 Doug DeCinces pre-game. My question is why does the member of the grounds crew have to wear such a ridiculous uniform? He looks like he just escaped from the nut house. 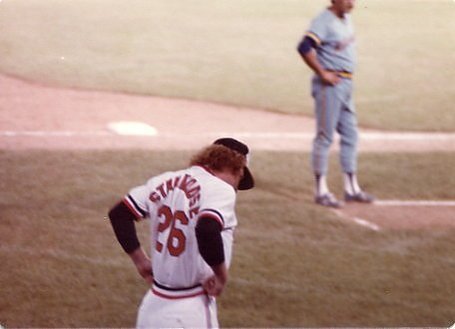 And lastly, here is the Don Stanhouse. In my head this is after Earl took him out of the game, since the Milwaukee 3rd base coach is there in the background. Way to ruin everyone's night, Full Pack!