Share All sharing options for: Red Sox 10, O's 8: You have got to be kidding me.

The evening started out in quite the lovely manner. Guthrie gave up a double to that pesky Pedroia in the first inning but otherwise looked pretty good. The top of the 2nd inning was just wonderful. Brad Penny walked in a few runs, Brian Roberts singled in Luke Scott, and Nick Markakis just crushed a grand slam to straight away center field.

You should probably just stop reading now. It gets ugly. Really ugly.

But Guthrie had a 7 run lead, you say? And he is the Orioles ace, you say? NO. Jeremy Guthrie does not like 7 run leads! Jeremy Guthrie immediately allowed 4 runs in the bottom of the 2nd in the form of a 2 run HR to Jason Bay, a single to Ellsbury, and a sac fly to David Ortiz (which was the only good thing Big Papi managed to do all night). Two of those runs scored? Walks by Guthrie.

Oh but he wasn't happy with just that, because in the 3rd he gave up a home run to JD Drew. Ugh. It wasn't pretty, but Nick (your OBP) tried to help by doubling in Adam Jones to make it 8-5.

Adam Jones? He's Birdland, right? WRONG. Adam Jones (and it pains me to say this) was decidedly NON Birdland tonight. Dustin Pedroia's double in the first inning resulted in Adam taking a face plant into the outfield. It would have been a tough play no matter what, but Adam misplayed it. It was almost as if he overran it. His speed got the best of him. And that single by Ellsbury I mentioned earlier? It was actually a fly ball to shallow center field that Adam caught and then just sorta fell out of his glove. Excellent.

Still, it's an 8-5 lead, that's decent, right? Not even close. Guthrie started the bottom of the 5th easily, retiring Ortiz and Youkilis. Then Drew tripled and Guthrie walked Jason Bay and Mike Lowell. Bases loaded, two outs, and Jason Varitek hits a ground ball right to Aubrey Huff. Inning over...NOT SO FAST. I'm not sure where exactly the ball hit Aubrey's glove, but it shot out at a right angle towards second base. Drew scored and the inning continued. Aubrey's error, by the way, prompted 2632, who was "lucky" enough to be at the game, to send me the following picture of her score book: 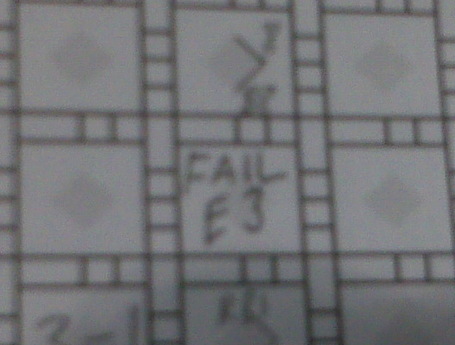 The inning now extended, Nick Green doubled in two runs to tie the game. What was once a 7-0 game had become an 8-8 tie. Danys Baez came in to get the final out.

Danys Baez? He's been Birdland lately! NO. In the 6th inning, Baez allowed a leadoff single to Pedroia, then with one out beaned Kevin Youkilis right in the head. No matter what you think of Kevin Youkilis, that is some scary stuff. As Jim Palmer so astutely put it, "you don't like to mess around with people's heads." Youk was ok, but Baez seemed shaken up and immediately walked Drew to load the bases. A sac fly and a single later and the O's were losing 10-8.

And that's all you need to know. Those are the facts.

But seriously, people, WHAT THE EFF? It is a sad sad day when the Orioles put up 8 runs (or 6, as in the case of the Texas game) and can't hold on to win. It's just pathetic is what it is. Tonight's game was really more of a case of bad defense and bad luck (I mean, did Varitek's ball have to ricochet off 2nd base like that?) than the bad pitching, but still. THIS IS WHAT IT'S GOING TO BE LIKE ALL SEASON LONG. I mean, it's April. The pitching is just bad. Oh I didn't even mention Matt Albers. He managed not to give up a run, but not because he didn't suck. Because he did. He lucked out.

I know. I know we have to wait. I know. Tillman, Matusz, Arrieta, Erbe, Bergesen, Hernandez, on and on. But. I just. It's too awful. It's April. I've never felt so defeated in April.

I'm calming myself by watching Top Gun on the Bravo channel. The plaque for the alternates is down in the ladies room!