Sometimes the thought of writing a narrative about a game just seems like too much. So instead, a recap in pictures (pictures obviously not from tonight but rather just pictures I enjoy). 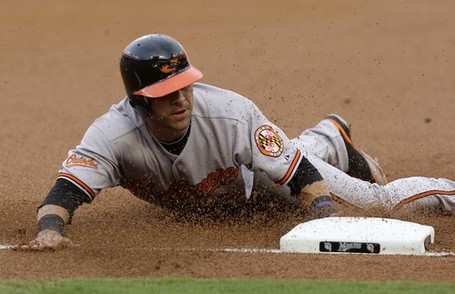 Brian Roberts has been on fire since the All Star break, and he continued tonight, going 3-4 with a double, a stolen base, and two runs. 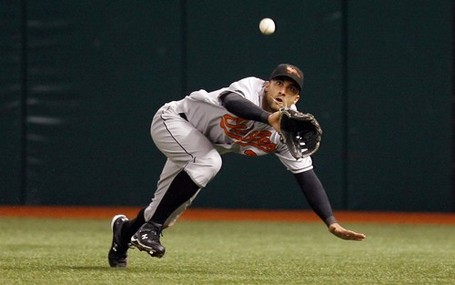 Nick Markakis had another great night. He went 3-4 with 1 RBI and 1 run scored. He also threw Derek Jeter out trying to score. It was beautiful. 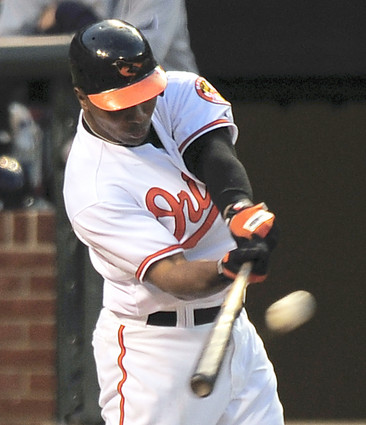 Melvin Mora only had one hit, but it was a big one. With runners on 2nd and 3rd in the 6th inning, Melvin singled to left, scoring Markakis and Aubrey Huff. 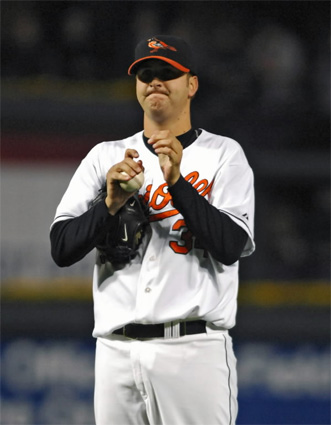 Matt Albers came in to pitch with one out in the 6th inning and runners on 2nd and 3rd and immediately cleaned up the mess made by Brian Bass and Cesar Izturis. He struck out Derek Jeter and got Johnny Damon to fly out to Nolan Reimold. Mark Hendrickson also pitched a good inning. It's nice to see him effective.

See the more crappy stuff after the jump 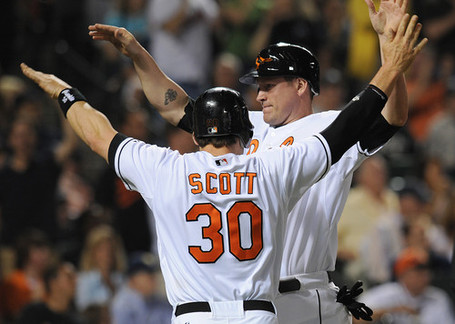 Luke Scott went 0-4 and is now just 1 for 16 since the All Star Break. Aubrey Huff did have one hit and scored a run, but only because Johnny Damon threw to 2nd instead of home. Huff stopped at third on Mora's single even though Juan Samuel was waving him in. By the time he started moving again he would have been out by a mile if Damon had thrown to the right base. Combined, Huff and Scott left 5 men on base. 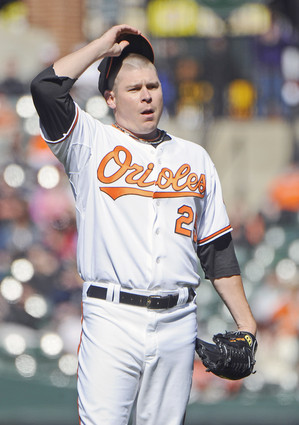 Brian Bass was forced to come into the game in the fourth inning and gave up 2 hits and 3 walks in 2.1 innings. He only gave up one run but it would have been worse if Matt Albers hadn't saved his behind.

The Makes Me Want to Vomit 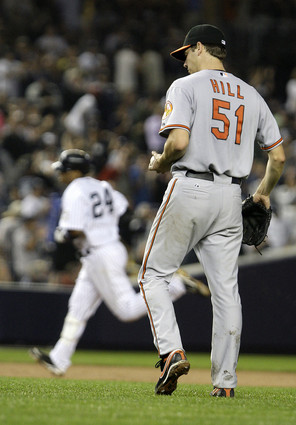 Rich Hill proved once again that he doesn't belong in a major league rotation. He only gave up 3 hits in 3 innings, but when you add 4 walks to that it gets ugly really fast. 3 innings, 4 walks, 5 runs. After tonight his WHIP is up to 1.83 and his ERA 7.64. It's my desire to never see Rich Hill again, but I don't think I'm that lucky.