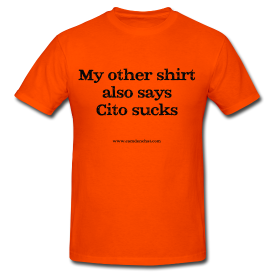 I will try to offer up a glimmer of hope against the Orioles being swept today.

If the O's want to pull him ahead of Bergy, they'll need to score some runs off of Ricky Romero, who has been pretty decent for the Jays this year, but who gave up 7 runs to the LAAOACCAUSANAWHPE in his last start.

I can't add lineups, since I'm writing this yesterday; in fact, I have nothing else to say except that I hope against hope that B2B isn't batting leadoff.