Share All sharing options for: Rangers 2, Orioles 0: The case for robot umpires 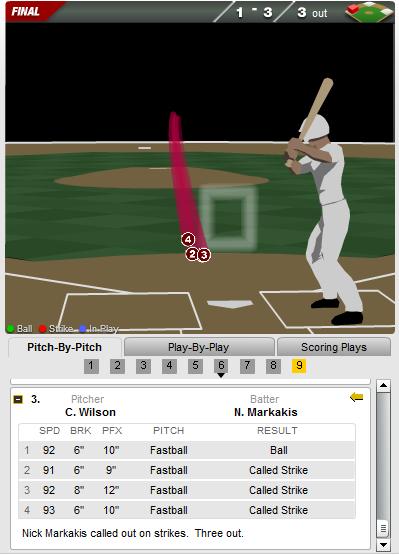 I didn't see tonight's game because I was out with my niece celebrating her thirteenth birthday. Thirteen! When she was born I was a week away from starting my freshman year of college and now she's thirteen. Oh my. What, you want to hear about baseball? I know that Esskay was there because I got a text about Nick Markakis getting his first career ejection tonight over the strike zone. Perhaps he can provide more information later. It appears that the following is what you need to know about tonight's game:

Everyone who saw the game please feel free to add some details in the comments. The MLB Gameday picture above is of Nick's third strikeout of the night, all looking, and the one that jump started his ejection. If you're wondering why the picture appears to be missing ball one, that's because it was in the same exact location as strike two and is therefore covered in the picture. See his first two strikeouts below the jump. 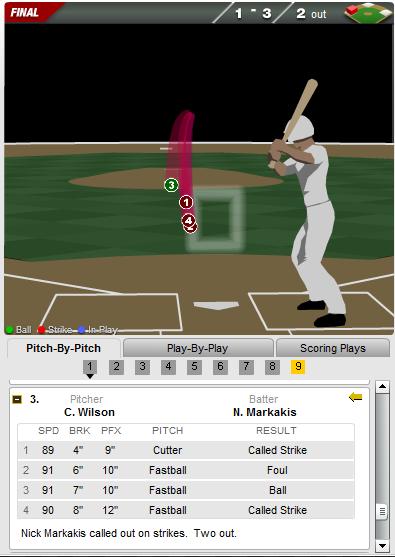 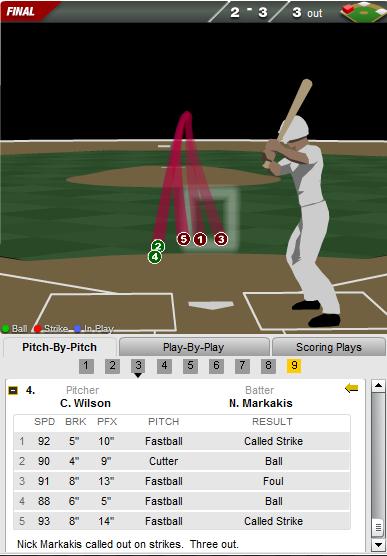