Are the O's closing in on hiring Tony LaCava as the new GM?

Share All sharing options for: Are the O's closing in on hiring Tony LaCava as the new GM? 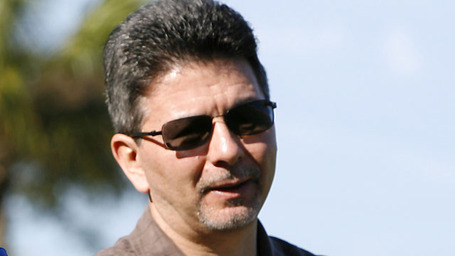 Writers both local and national are reporting that Blue Jays assistant general manager Tony LaCava is back in Baltimore today to meet with Peter Angelos. The people who know the people who know these things are also indicating that the Orioles are not believed to be initiating a second round of interviews, so LaCava's appearance back in town is being read as a sign that the search has zeroed in on him. At The Baltimore Sun, Peter Schmuck notes that this does not mean that LaCava has been formally offered the job or that he has accepted such an offer, but that the meeting "almost certainly means that he and the ownership component of the search committee are discussing the conditions of his employment."

MLB Trade Rumors briefly broke down what LaCava might bring as a GM candidate back in August. In Toronto, he has both player development and Latin American operations in his portfolio, and this profile also points out that LaCava began as a scout and is occasionally active as a scout to this day, specifically that he evaluates possible trade candidates and reports to the GM. Have you heard of Toronto making any shrewd trades lately?

LaCava would be coming from a Blue Jays organization that has for strengths things that the Orioles currently have as weaknesses, and all indications are that LaCava was part of overseeing the building of those strengths for the Toronto club, especially when it comes to player development. This is a good sign in and of itself.

O's fans will be curious to see to what extent LaCava sweeps the deck clear, although really, if we're diving into ship metaphors it's probably more like hoping that LaCava is good at quickly plugging holes and bailing out water to stop a ship from sinking. Possibly more like excavating an already sunken ship and making it seaworthy again, but let's not get too carried away here.

There's no way that he'll be able to do everything he needs to do in one offseason, but with new blood there is a much better chance of getting out of the current rut. Then maybe we can have prospects succeed not because they are the son of God but because they have been coached through years of minor league instruction to be the best Major League Baseball players that they can possibly be. Now, wouldn't that be something?