So DJAY had mentioned he found an awesome old scorecard from 1963 Orioles vs Indians. I mentioned that I'd like to see it and he graciously scanned it and sent it to me.

I've made some selections of the pages I thought were particularly awesome, although it's all pretty awesome. The PDF is available here.

Pictures after the jump.

The front cover, of course: 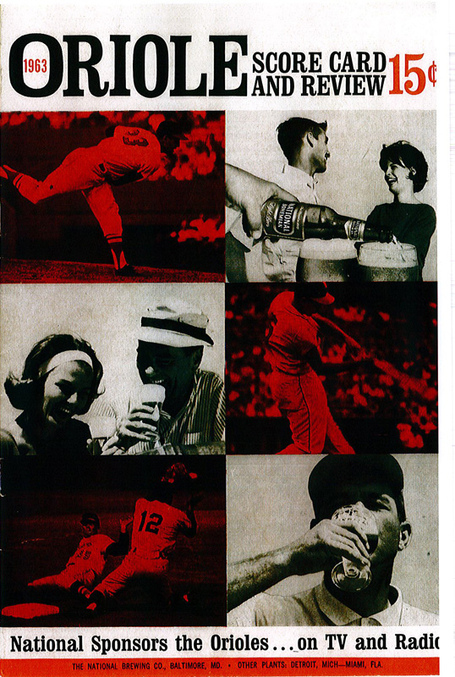 This list of the 44 players to hit more than 40 hrs. how quaint. Also the ad for the temp agency made me snicker. heh heh. 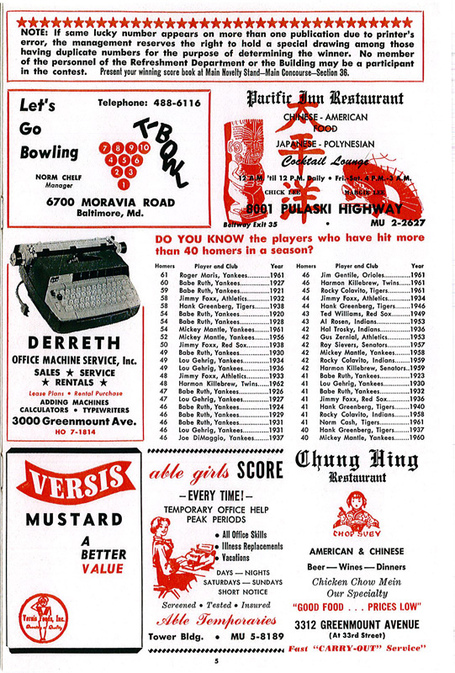 A bio of the "flashy little shortstop" aka, Luis Aparicio 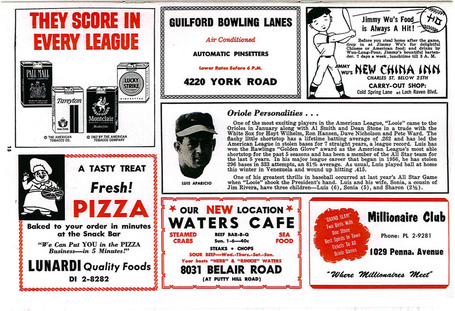 I find this beer ad quite appetizing. mmm beer 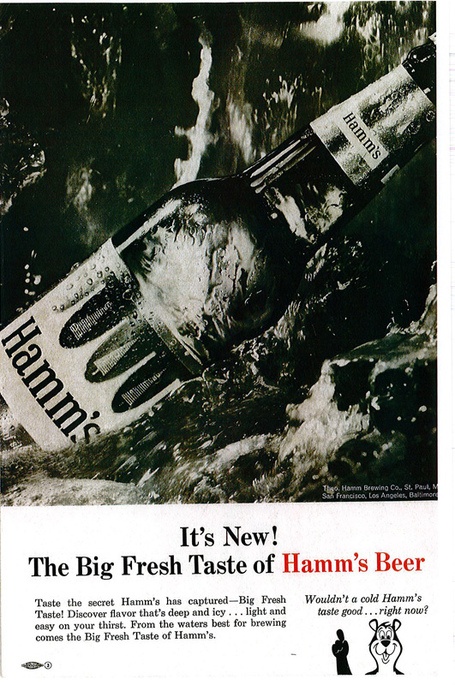 So do yourself a favor, check out the real think and a big thanks to DJAY for finding this treasure.