So today I watched the Baltimore Ravens kick the snot out of their biggest rival, and in seeing a competent sports team rise to the task, I didn't spare one thought for the Baltimore Orioles. I'm not a person who says screw baseball as soon as football starts (although I don't blame any O's fan who does), but today the Orioles, who lost their sixth series of the season with the Blue Jays and their 87th game of the year, do not deserve my time.

If you want to read about what actually happened in the game, mosey on over to Orioles Hangout, where Paul Folkemer gave a rundown of both the O's and Ravens games. As for me, I leave you with this graphic: 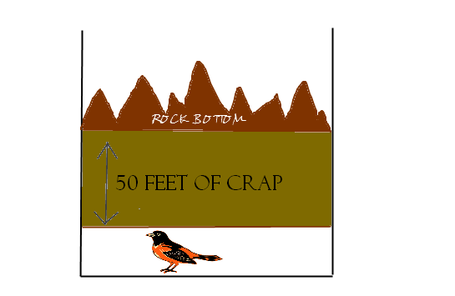