Pre-Season Contest Selections: The logical and the insane

Share All sharing options for: Pre-Season Contest Selections: The logical and the insane

The pre-season contest closed yesterday and while we won't know who won for about six months, it never hurts to take a look at people who made crazy guesses and laugh. We had 147 responses to the contest, most of which were sensible.

To see the original questions, go to the original post. For a spreadsheet showing everyone's answers, click here.

First, the results for the higher/lower questions which don't lend themselves to mocking:

Which will be higher:

The names at the top of the list make sense, but look at some of the others on there. Matt Angle and Kyle Hudson are no longer in the Orioles system, yet they each got a vote. Someone was under the impression that Nolan Reimold would start the year in the minors, and another that not only would Manny Machado make an appearance in 2012, he'd be the first minor leaguer we see.

Picking the first person to homer is a bit of a crap shoot; you don't have to be a big home run hitter to get a good pitch to drive. It's surprising to me though that Adam Jones got so many votes, only because picking this winner is pretty much picking a name randomly from most of the guys on this list. Although, the person who voted for Ryan Flaherty is a little perplexing as he probably won't even play the first couple games of the season.

I listed these chronologically rather than in descending order, and it appears that many people trended toward the optimistic. About a third of you guessed that the O's would sweep the Twins, who they play the first season of the year. But of course they also play the Twins in July, so maybe that's the series everyone was thinking of (somehow I doubt it). I find it disheartening that six of you think the O's won't have a sweep until July. It's gonna be a long first half in that case.

This is what I call the wishful thinking question. It makes sense for Gregg and Reynolds to be at the top of the list because they were rumored to be on the trade block this spring. But nobody wants Gregg here even though it's unlikely the Orioles could get any real value from him in return. Here is the Everybody Hates Kevin pie chart: 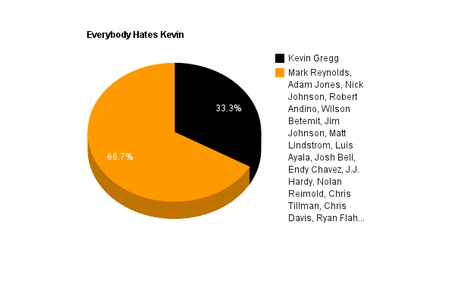 Oh, and to the two people who picked Ryan Flaherty, I'm pretty sure he can't be traded unless it's back to the Cubs.

Last year the Orioles had three complete games. Two of them were pitched by the departed Jeremy Guthrie, one by the demoted Brad Bergesen. Zach Britton also pitched nine innings in one game but since it went into extra innings he didn't get credit.

As for the person who picked Dontrelle Willis, I'm sure whatever you're smoking is very enjoyable.

Most Walks by a Batter

It surprises me that so many people took Markakis over Reynolds, but I do like Nick Johnson as a sleeper pick. And person who picked Luke Scott? He was released by the Orioles in December. And why do people keep picking Ryan Flaherty for things?

Alfredo Simon? Chris Tillman? Wait, ALFREDO SIMON? Even before he was DFA'd, he wasn't exactly destined for the rotation. The three way race at the top seems about right, but maybe Matusz will surprise us.

Look, y'all. I know it was only two of you, and I know Andino was a folk hero last season, but come on. It's worth noting that Reynolds and Hardy were 1 and 2 in OPS last year, but we have high hopes for Jones and Wieters. Also, if Nick Johnson plays 150 games those two people who picked him might look smart.

Call me crazy, but if Reynolds gets traded and Reimold plays a full season, he might be near the top. 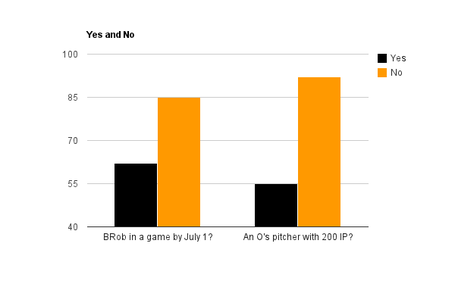 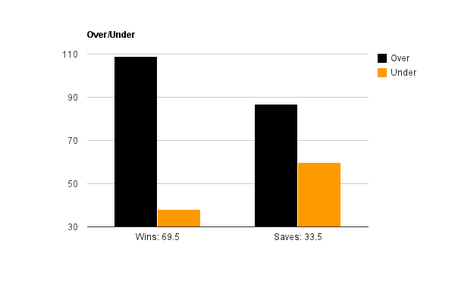 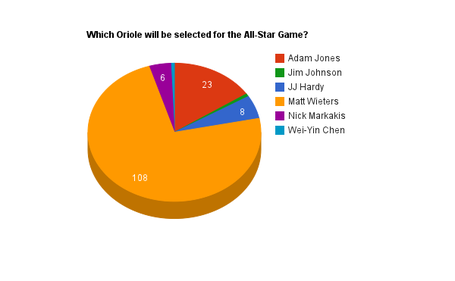