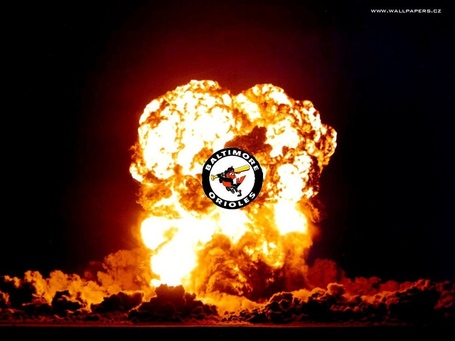 Here are some things that happened tonight:

* The Rays scored five runs in the first inning, including a two-run home run by Hideki Matsui. This was after they cut down a run at the plate to record the first out of the game. Wei-Yin Chen sucked in that first inning but gave up no more runs afterwards. He went 5.2 IP on the night.

* The Orioles were denied a run on a sac fly to deep center because Steve Tolleson was thrown out trying to advance to second base before the runner crossed the plate.

* No runs were scored by the O's even though they went 2-5 with runners in scoring position.

* The O's have now fallen out of first place. They can try to reclaim it tomorrow afternoon, a 4:10pm game where Jeremy Hellickson will be up against Brian Matusz.