The View From Your Seat - Bowie Baysox Edition!

Share All sharing options for: The View From Your Seat - Bowie Baysox Edition!

First up is a shot from Camden Chatter 33 as he attended the first of Nick Markakis' rehab games in Bowie. The date was July 9th, Nicky hit two home runs, and 33 snapped a shot of him waiting to come to bat. Pretty good seats, even by minor league standards! Not pictured is Chris Tillman, who pitched in the game and gave up three runs in 3 1/3 innings. 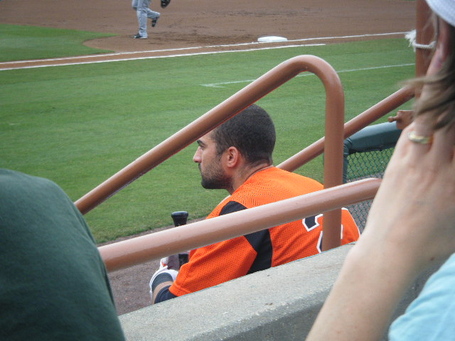 Next up is a great picture from Philly O's, who attended last night's game between the Bowie Baysox and Reading Phillies. Up to bat is the one and only Manny Machado. The Baysox won the game 3-1 and got good pitching performances from both Mike Wright and Jacob Pettit. 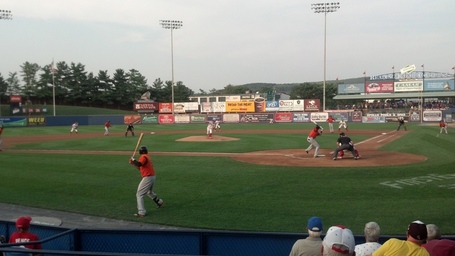 If you've sent me a photo for the View From Your Seat but it hasn't been posted, please be patient! I've received quite a few and don't like to post them every day. But your time is coming!