If you buy something from an SB Nation link, Vox Media may earn a commission. See our ethics statement.

Thanks to the kind folks as homage.com, I've been given five of these sweet t-shirts to give away to you lucky folks. You should definitely take a look around that site, they have some really cool shirts. I'm impressed. 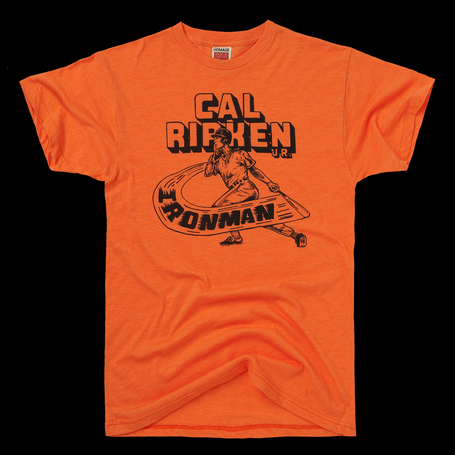 So what do you have to do to win this shirt? You see that picture of Jim Thome and Buck Showalter up there? Using all of your brain power, think of a hilarious and/or thoughtful caption for that photo and leave said caption in the comments section of this post. Doing so will enter you in a pool from which I'll draw five random names to win the shirts. Your caption doesn't even have to be that good (although I would certainly prefer that it is).

The contest starts now and ends at 5 p.m. on Sunday afternoon, giving you four days to think up a caption and participate. So get to captioning!

All entries are subject to the official contest rules, found here.