Often bloodlines run deep in baseball. Take the Upton brothers, for example, who are from Chesapeake, VA. The pair of outfielders are now both playing for the Atlanta Braves. The Norfolk Tides have a similar scene unfolding with pitcher Zach Britton and his older brother Buck who plays infield.

Share All sharing options for: The Britton Brothers Bring Brotherly Love To Norfolk

However, this isn't the first time the two brothers have played together. The first time officially playing together was when the two were attending high school at Weathford High in Texas. Zach was summoned up to Varsity during the playoffs although he didn't pitch or play. It was all worth it to see Buck hit a walk-off home run.

After Zach departed Weathford High, he was drafted by the Orioles in 2006 and signed right out of high school although he had an offer to attend Texas A&M. Buck spoke highly of his baby brother's draft day, "We were all sitting around the computer kind of waiting to hear. He had a chance to go kind of high. We didn't know what to expect. He was the first one in our family and it was pretty cool."

Buck followed suit when he was drafted in 2008 by Baltimore, joining his brother. Zach talked about his brother's draft day, "It was a surprise. I knew he was going to get drafted. He had a good senior year in college at the time. Joe Jordan told me that if your brother is available, I'm probably going to snag him. He had an idea that it could happen." 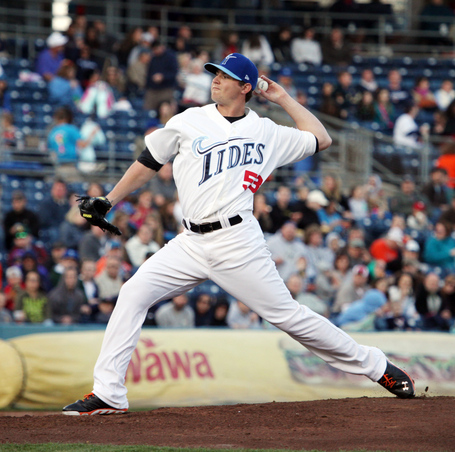 The brothers often look to one another for advice. Zach told a story about when he was recovering from an injury where he picked up some bad habits. Buck told Zach, "Hey, that's not how you were before. He's so close to you in the off-season and in-season he can kind of give you more advice because he sees you all the time."

Buck relayed a similar message, "All the time I don't know a whole lot about the pitching side of it, but I'll be there trying to give him confidence and trying to give him some encouragement and he does the same thing for me. It's more like holding each other accountable to make sure we're playing well." Zach also had this to say about Buck, "He was kind of always the smallest one and everyone overlooked him. He's gotten this far and one day you'll see him in the big leagues and I think it's going to be great with how hard he has worked to get to this point."

Minus the pro ball status of the brothers, they also spend some of their down time playing video games and going out to eat. When they decide to duke it out on the sticks, they play NHL, NFL, and a little bit of baseball. Zach was quick to mention, "he beats me in just about anything" on their video gaming adventures.

Growing up you often witness your sibling doing something unspeakable. Buck gave an inside scoop about his brother growing up calling Zach "a spaz." The older Britton also recalled when Zach ran into a light standard during practice and broke his collarbone, "He was kinda out of control."

Baseball seems to run in the Britton brothers' blood. The two Baltimore prospects have an older sibling Clay who played right field and was drafted by the Detroit Tigers twice--once in 2003 and again in 2004. The oldest Britton decided not to sign and is now a police officer.

While attending college, Buck majored in criminal justice. He chimed in about his major saying, "Going into college I had to pick something and law enforcement interests me. I don't know if it was growing up watching the James Bond movies, but doing that stuff has always intrigued me."

When asked if he is considering a career in law enforcement after his baseball career ends, Buck said, "This is going to end at some point. Hopefully, I can spend some time in the big leagues. Until I was drafted law enforcement was the direction I was going."

Buck speaks highly of his brother's playing style, "He has a power sinker being left-handed that's rare. When he's good, he has a chance to be really good. He has to fix some things, but when you have a power sinker like that you can be pretty special."

Both the brothers were thrown a curve ball when asked if they could describe their brother in one word. Zach threw out energetic and gave his reasoning, "On the field he is a hard worker and is always going after everything. He plays as hard as he can and in the clubhouse he is always joking and is the center of attention. Everyone enjoys being around him." Buck responded simply saying, "left-handed."

More often than not if you ask pro players about someone they can't thank enough for supporting them in their career, many of them without hesitation will say their parents. The Britton brothers are no exception with Buck saying, "Our parents! They've helped us along. They worked hard to let us play on travel teams and give us the equipment we needed. It's an expensive sport to play when you're coming up."

Tides manager Ron Johnson had this to say about Buck, "He's very energetic. I think he is a baseball head. What I mean by that is he seems like a guy who likes to be at the ballpark, likes to play the game, plays hard. Seeing how he goes about his business, I think he just likes to play baseball."

After the pre-game interview with the Britton brothers, Buck hit Norfolk's first grand slam of the season in an 8-7 loss on May 17th. Asked if he had the green light to swing on 3-0 Buck replied, "They told me coming in I had the green light here unless they gave me the take and I looked down at Jose and he said go ahead and swing." When asked about what he hit Buck stated, "it was a fastball."

With the Britton brothers being paired in Norfolk for the moment, things have gotten a little easier for the two as they can count on one another for advice if one of them falls into a slump.