#19 on our top 40 list is a guy whose last name I always want to spell wrong. Doug DeCinces was the successor to Brooks Robinson at third base and the man credited for creating Orioles Magic.

Share All sharing options for: Top 40 Orioles of All Time: #19, Doug DeCinces

When Doug DeCinces started his career with the Baltimore Orioles, he was a third baseman on the same team as the legendary Brooks Robinson. As such, for his first several seasons he played some third base, but also saw time at first base, second base, shortstop, and designated hitter.

In 1977, his third full season with the team, Brooks Robinson retired and DeCinces took over third base full time. If DeCinces felt any pressure in taking over for the greatest third baseman in baseball history, he didn't show it. In 150 games, DeCinces hit .259/.339/.433, good for an OPS+ of 115. He was no slouch in the field, either, good for eight fielding runs above average. In 1977 he racked up a total bWAR of 4.8, with a defensive WAR of 1.3. 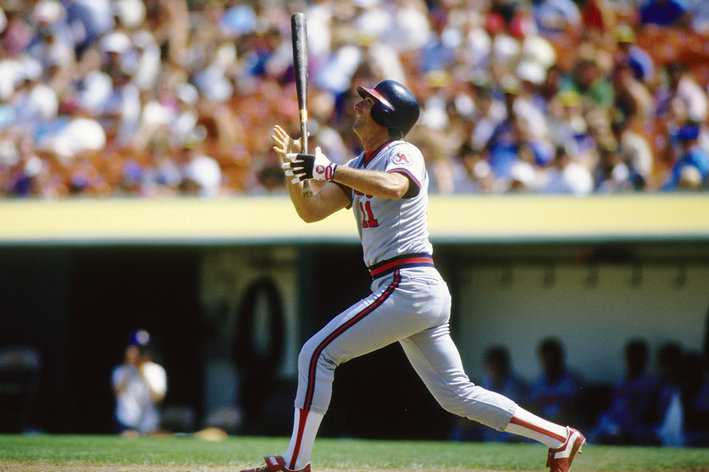 Of course, the single moment that defines DeCinces' career with the Orioles came on June 22, 1979. The Orioles were playing the Detroit Tigers and DeCinces stepped to the plate with two outs, one runner on, and the Orioles down by one. He crushed a home run to end the game and give the O's the win, their seventh in a row. The O's were in first place when that comeback happened, but that homer is said to have kicked off Orioles Magic. You can watch a really good seven-minute video of the 1979 season on YouTube, a video that kicks off with DeCinces' homer.

After the strike-shortened 1981 season, in which DeCinces had another very good year at the plate, the Orioles traded him to the California Angels for Dan Ford. It was a terrible trade. DeCinces was just 30 years old at the time of the trade, but the Orioles had a young third baseman in the minors by the name of Cal Ripken, so DeCinces had to go. Of course, Ripken ended up being a shortstop, and the Orioles ended up cycling through third basemen throughout the early 80s while DeCinces went on to play six more seasons with the Angels, accumulating a WAR of 18.8. Dan Ford, meanwhile, was a bust. Oops.

DeCinces is a guy who might have ranked a little lower if based just on numbers. But he played a special part of a very special time in Orioles history, and you gotta give him some credit for that. He was elected into the Orioles Hall of Fame in 2006.