The #3 Oriole on our top 40 list is Hall of Famer Jim Palmer, who has had three careers: pitcher, broadcaster, and underwear model.

Share All sharing options for: Top 40 Orioles of All Time: #3, Jim Palmer

It's tough to write about Jim Palmer with any degree of originality. There are the Orioles fans who are old enough to have seen him play, and there is a younger generation of Orioles fans who have learned all about his amazing career from the man himself, who has been a broadcaster for the Orioles since not long after he retired in 1984. But regardless of how well we all know his stats and history, it's certainly worth repeating. Because Jim Palmer was a fantastic pitcher.

Jim Palmer was signed by the Orioles when he was just seventeen years old and made his debut in 1965 as a 19 year old. In that year he pitched mostly in relief and as a spot starter, and in 1966 he made the rotation out of spring training and pitched over 200 innings as the team won its first World Series. He started game two and pitched a complete game shutout against Sandy Koufax. Yes, things were looking good for Jim Palmer. 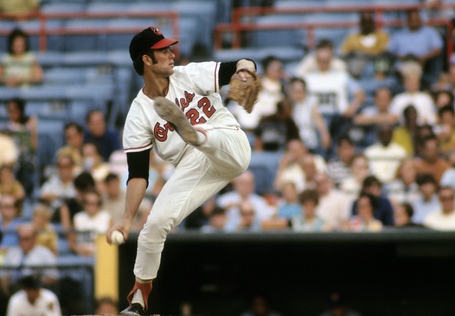 Unfortunately, he didn't have as much success in 1967. He was demoted to the minors after seven starts and spent the next year and a half injured or ineffective. The Orioles placed him on waivers near the end of the 1968 season and he didn't get claimed. Ouch. But he worked through his injuries and started the 1969 season with the Orioles, never to go back to the minors until a rehab stint in 1983.

From 1969-1971, the years that saw the Orioles go to the World Series three straight times, Palmer pitched in 102 games with an ERA of just 2.61. On August 13, 1969, Palmer pitched a no-hitter against the Chicago White Sox, just four days after he came off of the disabled list. He walked six batters but history doesn't remember that part. (That reminds me of my favorite Palmer-as-broadcaster stories. When Erik Bedard pitched a complete game against the Texas Rangers in 2007 with 15 strikeouts, Palmer's broadcasting partner Gary Thorne asked rhetorically, "Have you ever seen a better pitched game than that?" To which Palmer replied, "Well, I did throw a no-hitter.") 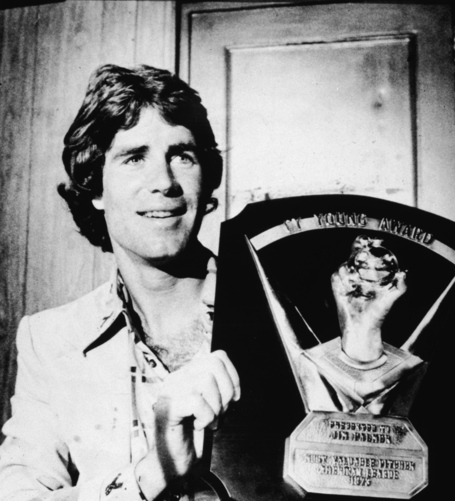 The Orioles were back in the playoffs in 1979, which meant Palmer was playing in his fifth World Series. He made two starts against the Pirates. In game two he gave up two runs in seven innings, but Don Stanhouse took the loss in the ninth inning. And in game six Palmer took the loss with four runs allowed in eight innings. 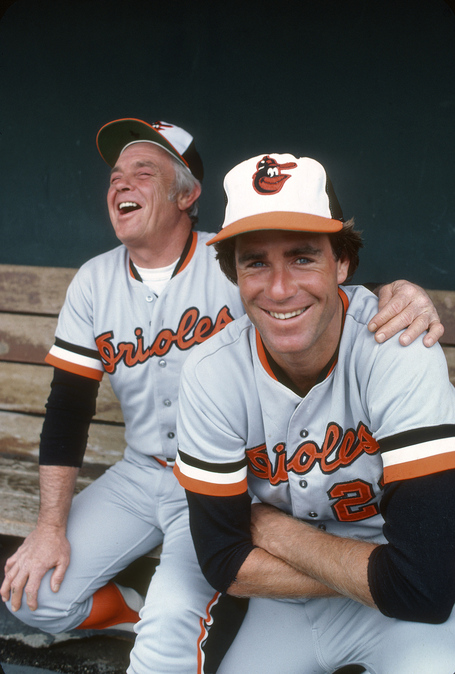 It's well known to Orioles fans that Palmer and his manager, legend Earl Weaver, weren't the best of friends. They sniped at each other through the press, they argued publicly and privately. Can you even imagine such a thing happening today? But the Orioles were winners and Jim Palmer was a star, so something was working. Later in life, Palmer admitted that Earl Weaver pushed him to be a better pitcher, even as they butted heads.

When the Orioles reached the World Series in 1983, Jim Palmer was near the end of his career. He had pitched in just 14 games during the season, and in the WS he made just one appearance, pitching two scoreless innings in relief in game three. In May 1984, after pitching just a handful of poor games, the Orioles released Palmer at his request, ending his major-league career. But what a career it was.

Of course, Palmer has made himself a new career as a broadcaster, which he has been doing since the 1980s. (He took a break in 1991 for his failed comeback attempt) Palmer rubs some people the wrong way in the broadcast booth, and I can see why. He is arrogant and self centered, sometimes making it seem as though he believes he's on the Jim Palmer Show and not covering a major-league baseball game. But I think he's fantastic, and I'll tell you why. In addition to be extremely intelligent (he can remember stats off the top of his head like no one I've seen), Palmer has always told it like it is. He wants the Orioles to win, but when they're awful, he says so. He's a lot like a fan in that regard, getting disgusted with their failings even though you know that he just wants them to play well. And after awhile, his self serving stories are kind of fun, because he's Jim Palmer and you're not.

In 19 big league seasons, all with the Orioles, Jim Palmer pitched in 558 games with a 2.86 ERA (ERA+ 125). Four times he led the league in innings pitched, twice in ERA. In 1975 he pitched 10 shutouts, most in baseball, and in his career he had 53. He won three Cy Young Awards, was a six-time All Star, and pitched in six American League Championship Series and six World Series. He benefited from having a world class defense behind him for most of his career, but I won't hold that against him as he's the first to admit it.

The next time the Baltimore Orioles are in the World Series, it will be their first appearance without Jim Palmer. He was elected into the Orioles Hall of Fame in 1986 and the MLB Hall of Fame in 1990 with 92.6% of the vote. He is the third-greatest Oriole of all time. 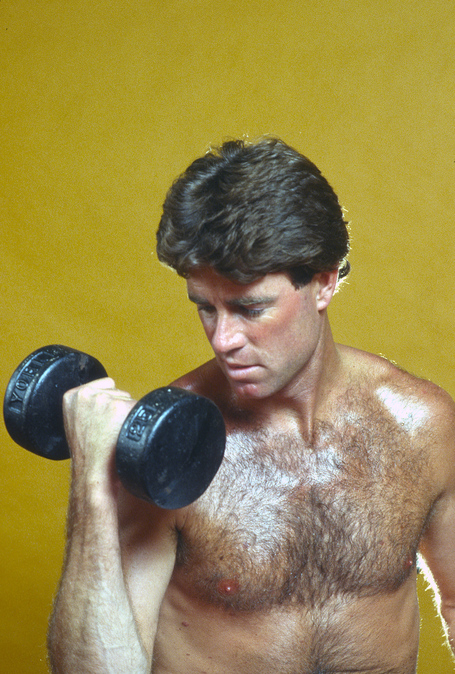 Oh, and Jim Palmer asked me to remind you that he's never given up a grand slam.