Orioles to wear throwback uniforms on August 24th against the Cubs

Sources confirm that Orioles will wear 1994 throwback uniforms against the Cubs.

Share All sharing options for: Orioles to wear throwback uniforms on August 24th against the Cubs

As part of the Chicago's 100th anniversary celebration of Wrigley Field, the Cubs previously unveiled a series of throwback-inspired uniforms from the team's illustrious history. According to a release from the team, the nine different designs commemorate significant events at The Friendly Confines during each decade of the ballpark's history.

On Sunday, August 24th, the Cubs will pay tribute with their final throwback of the season. The blue alternate uniforms were worn during the strike-shortened season of 1994, one in which the Cubs finished in last place. A red "Cubs" script with a white outline will fall across the chest of the uniform, which features the seldom used cub face on the left sleeve.

Although nothing significant happened in short season for the Baltimore Orioles, either, the team will follow suit in the festivities. While no images have been released by the team, sources tell me that the Orioles will wear their 1994 road uniform against the Cubs. The all-gray uniform will be paired with the first installment of the ornithologically correct bird on the cap. 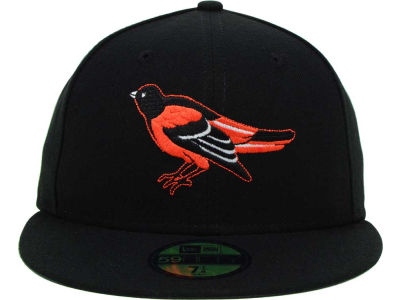 With the help of Chris Creamer's Sports Logos, the Orioles' throwback uniform should look similar to this:

The last time the Orioles wore throwback uniforms was August 13, 2010. In their all-orange getup, a nod to the 1971 team, the Orioles beat the Wild Card-leading Tampa Bay Rays, 5-0. As part of their 70s night promotion, the Rays donned uniforms of the minor league Tampa Tarpons, as they did not exist until two decades later.