A look at the current status of contending teams of the American League.

I have been using this Friday morning space to review the A.L. East most weeks. But with the calendar flipped to August and the non-waiver trade deadline passed, it seems like it's time to switch over to look at how the teams that are looking good for the playoffs are doing, what they have coming up, and who you should root for in the upcoming week.

Trade deadline mania: What did the contenders do? 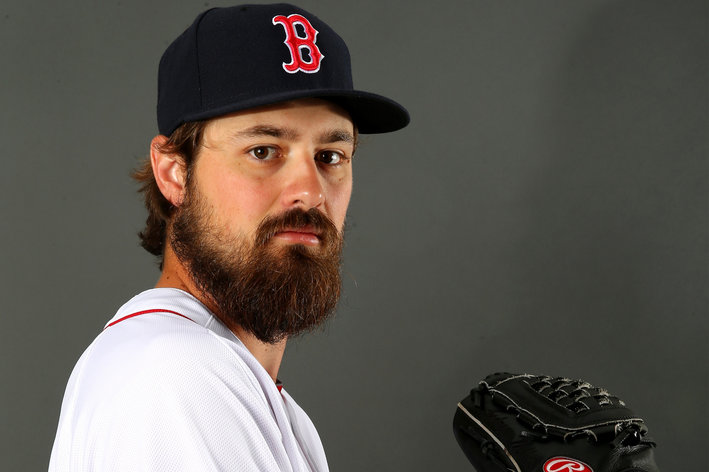 The Orioles upgraded their bullpen with a trade for Andrew Miller (regardless of what you think of the actual trade, you can't argue that Miller won't be a nice addition to the bullpen), but that looks like small potatoes compared to what the other first place teams in the American League did. You can find all of those details in Mark's trade deadline wrap up. My early assessment on the activity at the trade deadline is that it will make it easier on the Orioles in the short term, but harder if they reach the postseason.

The Red Sox and Rays traded away major pieces of their teams, and the Orioles play them a total of 11 more times this season. The Blue Jays have been hot on the Orioles' tail ever since the O's passed them in the standings, and other than trading for Danny Valencia a few days ago, they didn't make any noise. And the Yankees made a flurry of moves but didn't get any one big name player. Also, they pulled Brian Roberts from the game on July 28th after he reached 348 plate appearances and benched him for two days before they DFA'd him so they wouldn't have to pony up an extra $250,000 when he reached 350 PA. So, screw those guys. (If I was interested in being fair, I might take note of the fact that the Yankees were down by two in the seventh inning and had one runner on, and pinch hit for Roberts with Mark Teixeira, who also got a hit. But I'm not really interested in being fair) The Orioles went 17-8 in the month of July and went from one game back in the East to 1.5 games up. Since the All Star break they have gone 8-5 and took three of four series, all against teams that are in playoff contention. As Orioles fans it's sometimes hard to see it, but this team is pretty good. There has been a lot of talk about how their offense is slumping, and that's true to a point. But remember that since the break they have played seven games against the A's and Mariners, the two teams that allow the least runs in the American League. And the Angels aren't chopped liver in that department either, sitting at 6th.

Unfortunately it doesn't get easier for the Orioles, as they are in the midst of a 16-game stretch without an off day, and welcome the Mariners to Camden Yards for a weekend series beginning tonight. Felix Hernandez pitched on Wednesday so at least the Orioles will miss them. After that it's down to DC for a make up game on Monday, then to Toronto for a huge series with the Blue Jays Tuesday-Thursday.

While the Orioles came out of the All Star break with a schedule of facing all contenders, all the time, the Blue Jays have had a much easier road. In the second half so far they have played the Rangers (3 games), Red Sox (6), Yankees (3), and Astros (1). They continue their four-game weekend series with the Astros tonight. Of those four teams, only the Yankees have a winning record, and combined they are 52 games under .500 with a .440 winning percentage. It all evens out in the end, but it sure doesn't seem fair right now, does it?

The Jays won their first game against the Astros thanks in part to two home runs from Nolan Reimold. That hurts. As someone once said about Brian Roberts, I wish Nolan all the home runs in all the losses in the world, but he needs to stop that in close games. When they're finished with the Astros, the Jays have an off day to travel home to Toronto where they finally have to face some first place teams. They'll face the O's for three and the Tigers for three.

The Yankees went just 14-12 in the month of July, losing two games in the standings as a result. It's not a very impressive record, but it is their first winning month since April. So that must have been nice for them. The Yankees have added Chase Headley, Stephen Drew, and Martin Prado to their stable of infielders,and have subtracted Yangervis Solarte and Brian Roberts. I suppose that's a net plus? Regardless, their rotation continues to be in shambles, although Brandon McCarthy has been good for them since he was traded from the Diamondbacks in early July. But if Masahiro Tanaka can't come back this season (and it looks grim for him), it doesn't seem like the Yankees will be moving up the standings at all. I'd say that it's likely they might drop off of our radar as far as scoreboard watching soon, but I can't do it on account of Satan.

The Yankees kick off a road series with the Red Sox tonight, which means that despite the fact that the Red Sox have been terrible for the entire season and just traded away their entire team, you'll get to watch all three games on national television if you so choose. I don't know why anyone would, but I guess that's why I don't work for MLB Network or FOX or ESPN. After the weekend slobber fest on various TV stations, the Yankees will go home to play four against the Tigers.

Right now the AL Central is a two-team race, and that's only because every team in that division spent July being thoroughly mediocre. The Tigers (58-47) currently hold a four-game lead over the Kansas City Royals (55-52), up 1/2 game from the end of June. Detroit played .500 ball in June, going 13-13, and the Royals were right behind them at 12-13. No one in the Central had more than 14 wins in the month. Once again, the midwest division is kind of a snooze fest.

The Tigers made a big play at the deadline, though, picking up David Price from the Rays to supplement their already stacked starting rotation. Their rotation without Price ranks first in fWAR in baseball for 2014, and Price has been more valuable than any one of them. The Tigers' pitching staff was actually worse than the Orioles' in July, and while I like our guys, I don't see any reason that would continue. Their weakness is the bullpen, but you have to get to it first.

As for the Royals, they are in both the Central and WC races, and all they did at the deadline was trade for Eric Kratz and Liam Hendriks. If you just said, "Who?" My answer to you is, "Exactly." Still, it's hard not to root for the Royals, who have been showing signs of life for a few seasons now.

The Tigers are home against the last-place Rockies this weekend, then they travel to New York for four games. Meanwhile the Royals head to the west coast for a weekend series against the A's, followed by a series with the Diamondbacks. This weekend does NOT favor the Royals.

It's a two-team race in this division as well, with the A's (66-41) holding onto two-game lead over the Angels (64-43). Much has been made of the AL West this year and how strong it is. It's not untrue, the A's and Angels are both really good teams. But it reminds me a bit of the AL East back when the Rays were still the Devil Rays. You've got two good teams beating up on two very bad teams, while Seattle/Toronto just kind of hangs around in the middle. Against the Rangers and Astros this year, the A's have gone 15-10 and the A's have gone 18-6, which certainly helps.

Still, I think the A's are the best team in the AL right now. They were already allowing just 3.49 runs per game, and they just added Jon Lester and his 2.52 ERA to the rotation. That being said, while the Orioles went just 2-4 against the A's this season, there were multiple games that could have gone the O's way with a break or two. They didn't seem terribly over matched. That's a good thing, because if the Orioles want to go to the World Series, they probably have to go through the A's.

The Angels left Baltimore last night after another series loss to the Birds. They had just eight losses in July and four of them were to the O's. They head down to Tampa Bay for three games, then back to the west coast for their split four-game series with the Dodgers. Tonight the A's start a 10-game home stand during which they'll play the Royals, Rays, and Twins. So they'll be racking up the wins. I am almost nearly always in favor of rooting for the teams that haven't been to the playoffs in awhile. Under normal circumstances, if a team currently holding one of the wild card spots hadn't been to playoffs since 1993, I'd be all about it. But not the Blue Jays. Their fans just took too much joy in mocking the Orioles when they were bad, as if winning 78-84 games most years and not sniffing the playoffs was so much better. Nope.

The only team on this list I didn't already talk about is Seattle. After the Orioles beat them three out of four last week, the Mariners took their revenge out on the Indians with a series win. The M's and O's are reunited this weekend for their final series of the year, then the Mariners go home for interleague action with the Braves and a series with the White Sox.

It's gonna be very hard to knock the Angels (or A's, if the Angels pass them in the AL West) out of that top WC spot. But the Blue Jays are in reach for the Mariners, Royals, and Yankees. Let's hope one of those teams who isn't the Yankees can catch them.

Who to root for this weekend

Orioles! Also, the Astros, Red Sox (sorry), Rockies, and Royals. It's a tossup between the Angels and Rays, it depends on if you think the Rays can catch up to the O's in the East.