Independence Day Bird Droppings: Where the Orioles are off and it’s weird

Happy 243rd birthday, America! No Orioles game will be part of the celebration this year, which is probably for the best.

Share All sharing options for: Independence Day Bird Droppings: Where the Orioles are off and it’s weird 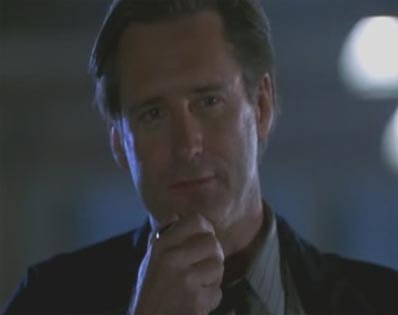 Good morning. In less than an hour, aircraft from here will join others from around the world, and you will be launching the largest aerial battle in the history of mankind. “Mankind” -- that word should have new meaning for all of us today. We can’t be consumed by our petty differences anymore. We will be united in our common interests.

Perhaps it’s fate that today is the Fourth of July, and you will once again be fighting for our freedom. Not from tyranny, oppression, or persecution. But from annihilation. We are fighting for our right to live. To exist.

And should we win the day, the Fourth of July will no longer be known as an American holiday, but as the day the world declared, in one voice: “We will not go quietly into the night! We will not vanish without a fight!” We’re going to live on! We’re going to survive!

The 2019 Baltimore Orioles might be the worst team in baseball history (The Ringer)
Probably won’t be the last time this summer that an article like this is written. At least they won last night.

On “special day,” O’s add 27 international prospects (Steve Melewski)
A better future is still a while away. Stuff like this at least can help you believe it’ll get here eventually.

Today in 1964, the Orioles and the then-Kansas City Athletics played a game that ended in a 6-6 tie, with the game ending as a result of a curfew that was meant to allow a fireworks show in Baltimore.

One lone former Oriole was born on the Fourth of July: The late Babe Birrer, who pitched in four games for the 1956 Orioles. He passed away in 2013 at the age of 84.

On this day in history...

In 1776, the Second Continental Congress adopted the text of the Declaration of Independence. The resolution to declare independence had passed two days prior.

In 1826, John Adams and Thomas Jefferson, each of whom signed the Declaration and later became president, passed away on the country’s 50th birthday. Adams’s last words, “Jefferson lives!” proved to be mistaken, as Jefferson had, unbeknownst to him, already passed away.

In 1863, the Confederate army that had been fighting in Gettysburg, Pennsylvania, withdrew from the battlefield, marking an end of their attempted invasion of Union soil. Elsewhere in the country, the city of Vicksburg, Mississippi surrendered to General and future President Ulysses S. Grant after a 47-day siege, effectively giving control of the Mississippi River back to the Union.

In 1939, baseball legend Lou Gehrig gave his “Luckiest man on the face of the earth” speech, then announced his retirement due to having been diagnosed with ALS.

In 1960, the current American flag with 50 stars made its debut in Philadelphia, with Hawaii having been admitted as a state the previous August.

And that’s the way it is in Birdland on Independence Day - and probably the way it will stay, since the O’s have the day off. Have a safe Fourth of July!