Most often, major league baseball fans only hear about the Independent Leagues at the debut of an aging rookie. We read the story of the player’s determination as they failed to make an impression in the minors, but played on in the wilderness until they were signed back into affiliated ball. The second chance goes well enough to buy them a cup of coffee.

Orioles fans heard this story twice in rapid succession this year, with the debuts of Mickey Jannis and Konner Wade. Sometimes the cup of coffee gets refilled and once in a great while, the player becomes a star. Think of Kevin Millar, who was never even drafted and started his career with the St. Paul Saints in the independent Northern League. Some Marlins scout signed him and eventually he went on to be part of the 2004 champion Red Sox team and an enthusiastic part of the terrible 2006-2008 Orioles.

The never-say-die story plays out at the end of major league careers too. An MLB player won’t believe they are done and carry on in Independent ball, auditioning to be resigned. This worked out most famously when Hall of Famer Rickey Henderson refused to fade away after being released from the Red Sox after the 2002 season. He signed in 2003 with the independent Atlantic League’s Newark Bears. The Dodgers found themselves desperate for a lead off spark and signed him back to the show briefly. Most of the time, this story ends with a whimper. 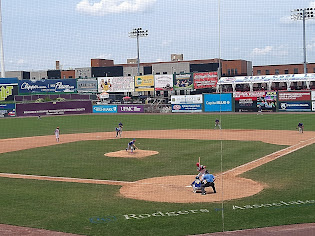 From the Baltimore area, it’s an easy drive to three Atlantic League teams – run up to PA for the York Revolution and the Lancaster Barnstormers, or stay here in MD for the Southern Maryland Blue Crabs in Waldorf. Plenty of opportunity to go to a game and ask the question: who’s still kickin’ around?

I had my first independent ball experience at the York Revolution in 2018. When the stadium announcer said, "Next up for your Revolution, Alexi Casilla" my brother, nephews, and I all exchanged questioning looks. Is that the same Casilla that used to play for the Twins? Sure enough. We had already forgotten his forgettable (54 OPS+) turn with the 2013 Orioles. After he left the Birds, Casilla bounced around a couple minor league systems before playing out the string from 2017 -19 at York and in Dominican winter ball.

You may also spot prospects you once liked kickin’ around. Back in 2008, I went to a Hagerstown Suns game where a kid named Michael Burgess was stinging liners – one off the right center wall, one caught in the gap, one that rocketed over the left field fence, then over the picnic pavilion and landed in trees. I was sure I would see that guy again playing for the Nationals. Well, I am a lousy scout. Burgess never got beyond AA for the Nats, the Cubs, or the Orioles (batting .161. at Bowie 2015). In 2018 he was holding on to the dream in York. It was the last of his three seasons there. 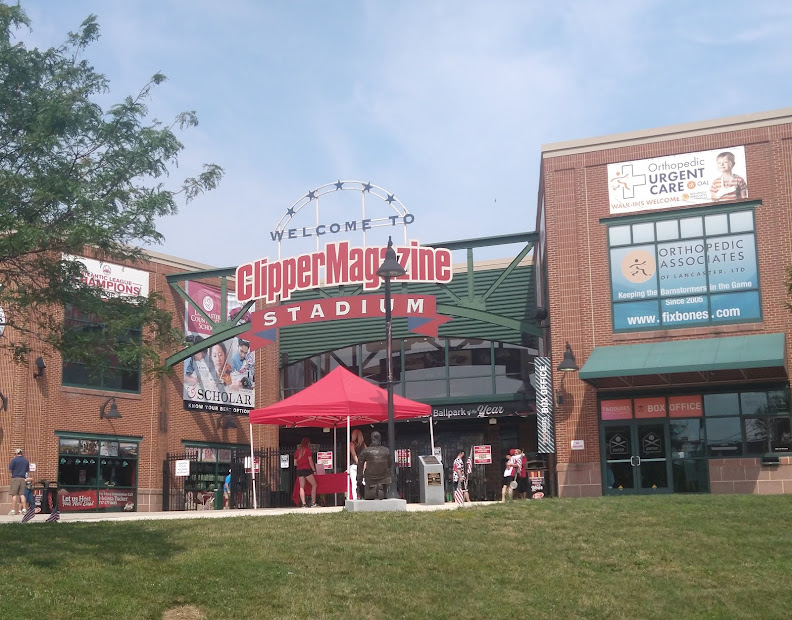 Home of the Lancaster Barnstomers

Last week, I went back to the Atlantic League, to see Lancaster host the High Point Rockers. It didn’t take long to get back on memory lane. Batting third and DHing for the Barnstormers – former Oriole Alejandro De Aza. Between August 2014, when we traded minor leaguers to the White Sox for him, and June 2015, when we traded him to Boston for Joe Gunkel (now pitching in Japan), De Aza played 50 games as an Oriole and hit okay, 103 OPS+. He played 10 years in the majors, starting in 2007, including stints with the Marlins, Giants, Mets, and Nationals. With the bigs now 4 years in the rearview, why hang on in independent ball? My best guess – having made $18 million, De Aza can do anything he wants with the rest of his life. Maybe he simply chooses to continue doing what’s fun. 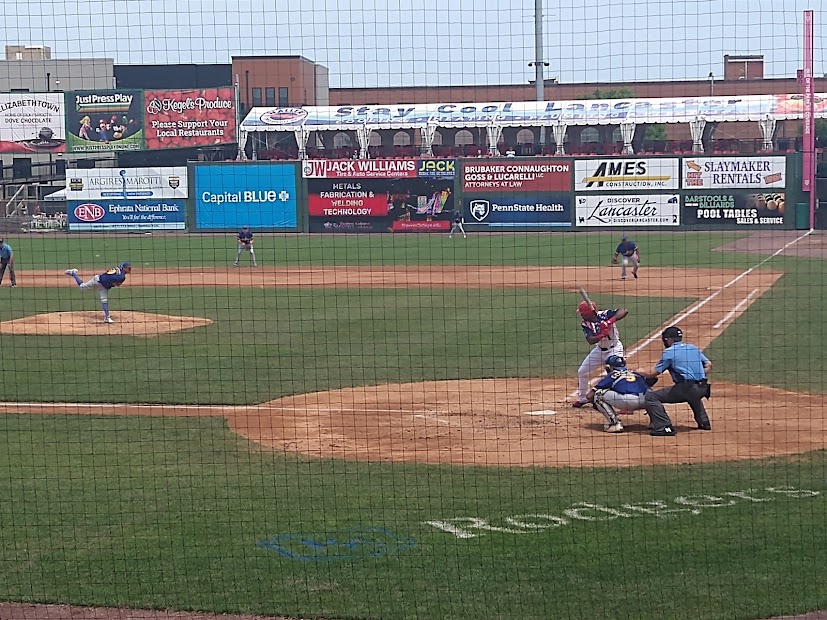 De Aza about to smoke a liner that will be caught

The very next batter also rang a bell for me. Batting clean-up and playing left field was Trayvon Robinson. A quick look at his Baseball Reference page said he played for the 2011-2012 Mariners. Why on earth did I know this name? Turns out, he’s the guy we traded Robert Andino for after the 2012 season. He didn’t turn out – splitting 2013 between Bowie and Norfolk, but only batting .220/.307/.333 in AAA. The Dodgers, Tigers and Diamondbacks all tried him in AAA with similar results before he landed in independent ball in 2015. Apparently, he refuses to quit, playing for years at Lancaster and in Venezuelan winter ball before getting back to AAA with the Pirates in 2019. Now he’s back in the Atlantic League again at age 31. 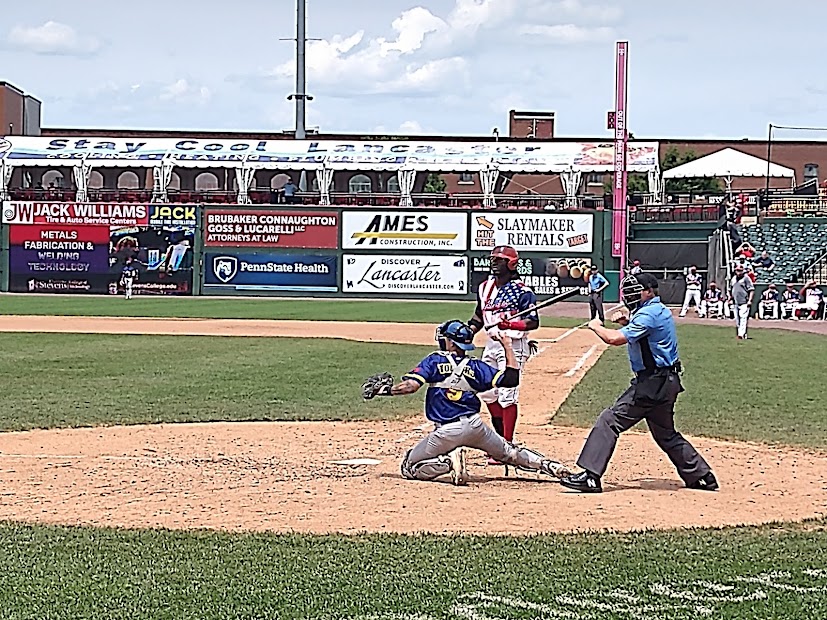 Robinson gets rung up

I’m not sure why these glimpses from the backwaters of the baseball ecosystem interest me so much. There’s a poignance to watching the near misses, the last chances, the persistent love of this game. It’s also a preventive against becoming jaded by daily exposure to guys like Shohei Ohtani or Fernando Tatis Jr. Watching talented players who get nowhere near the superstars’ achievement reminds me how truly astonishing that achievement is.

The sorry state of the current Orioles creates openings for players to sip an MLB coffee cup that might not otherwise do so. Chances are next year we’ll be looking at some more forgettable scrubs. If you get curious about them in a few years, you can catch an Atlantic League game and see who’s still kickin’ around.