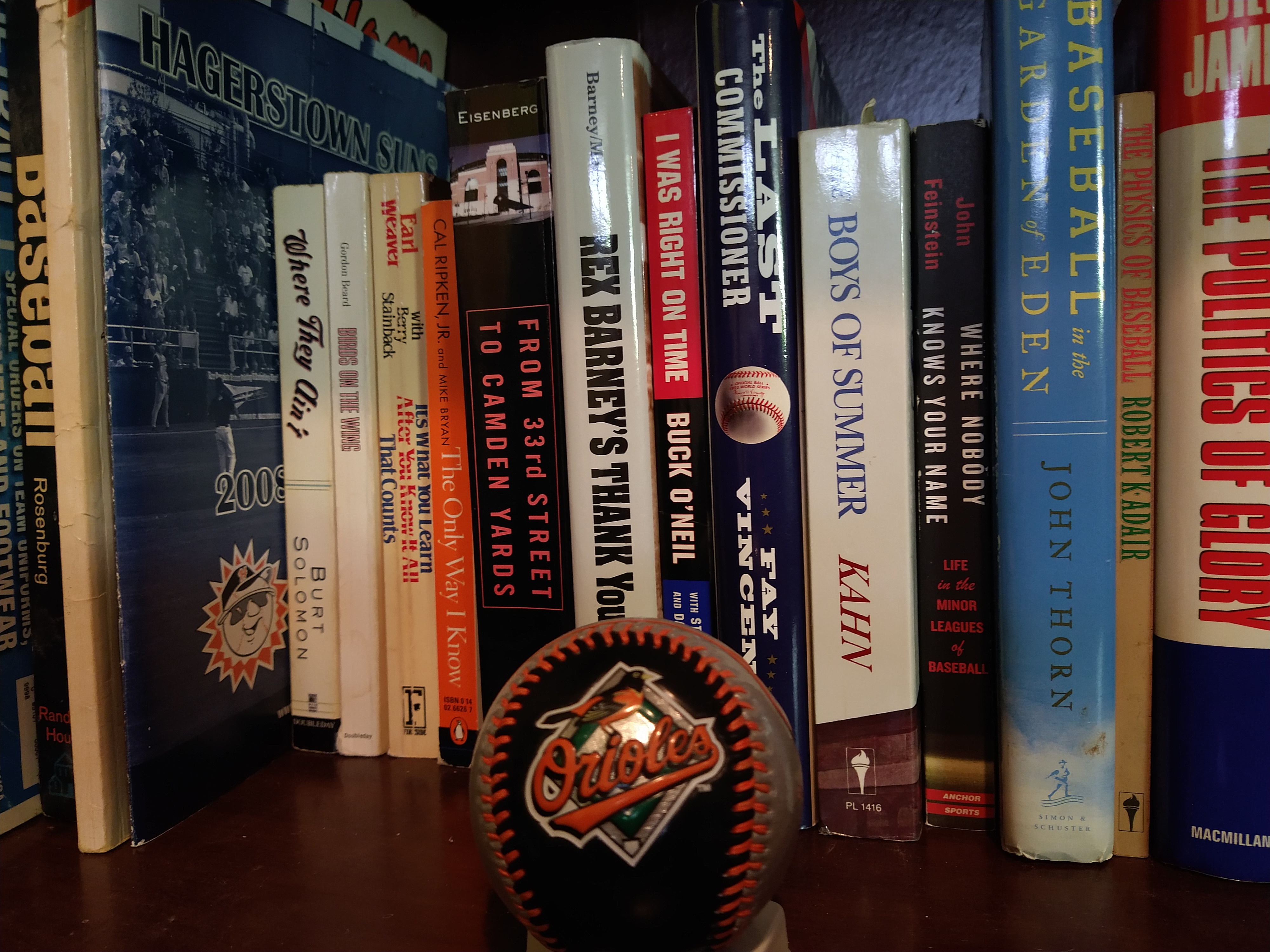 Baseball Bookshelf is an occasional series of Fanposts sharing reactions to mostly off-season reading about the game. The previous installment is here. Books in this series must be read using a ballgame ticket or a baseball card for a bookmark -- it's the law.

In the winter of 1980, when my 11 year old heart had begun to heal from breaking at the end of the 1979 World Series and fond memories of a great season were re-emerging, a book called In The O Zone started to show up in shops around my native Arbutus. 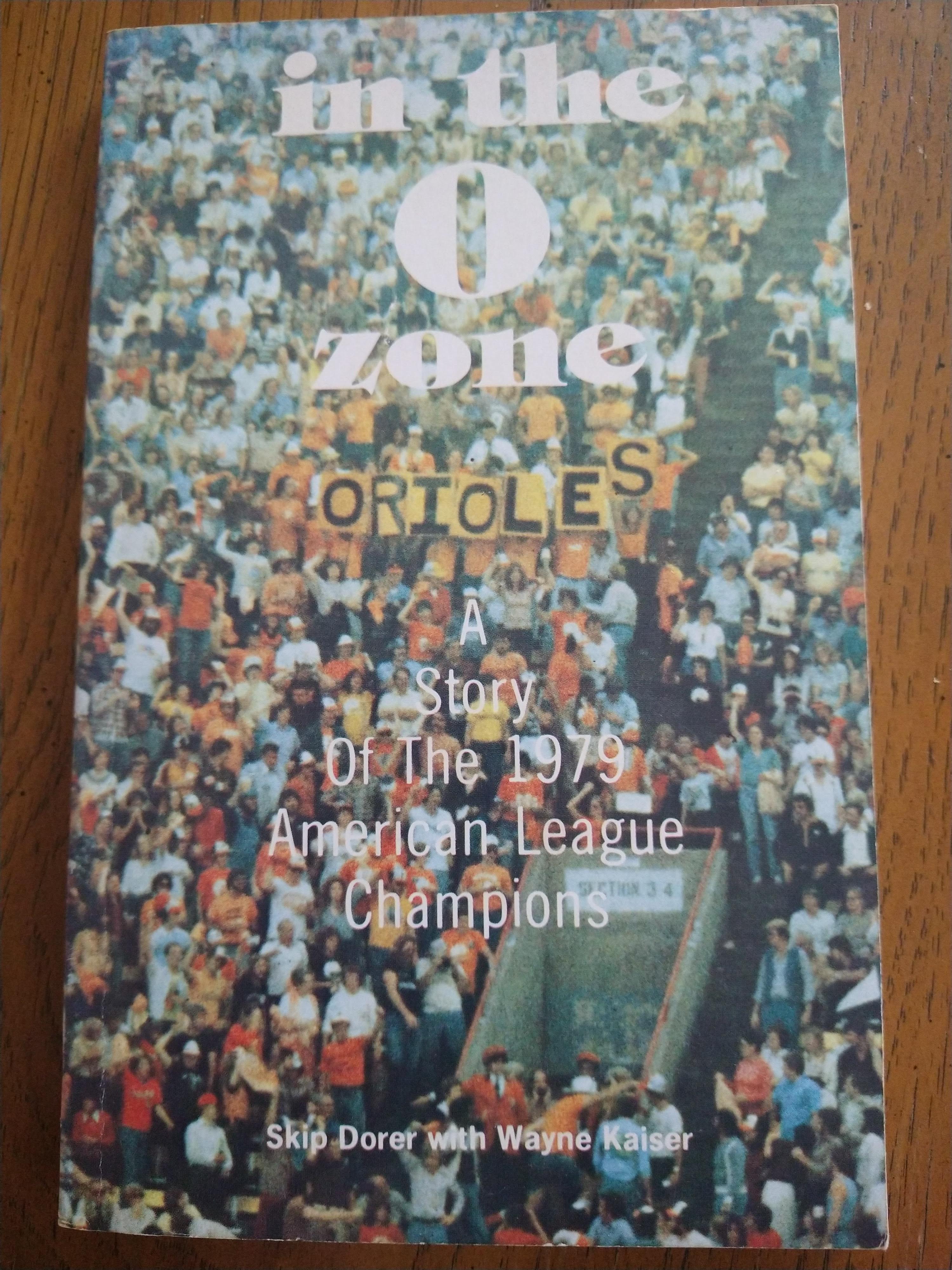 Written by fellow natives Skip Dorer and Wayne Kaiser and published right in town, the book celebrates the whole 1979 season from a fan perspective. The book is a time capsule, because it would not be published in this form today. Now such enthusiastic fans would post its sections on their blog. The first third of the book is summary articles about each player on the 25 roster, with capsule histories and their performance up to July 1, 1979. Then the book joins the season in progress on that date, when the Orioles were 30 games above .500 and it was clear something historic was happening. The remainder of the book recaps the remaining games of the season. If you enjoyed Camden Chat's 1966 retro recap series, this book could be for you.

The whole thing is done in quirky style that mixes old-timey newspaper coverage, the latest jokes from Section 34 of Memorial Stadium and the occasional peculiar malapropism (like consistently using ‘skein' as if it was a synonym for ‘streak.') A sample from the summary on Steve Stone:

And, if his pitching technique sometimes approximates poetry in motion, it is most probably an extension of his poetic talents, which are such that he has been published in various national periodicals. There was no rhyme or reason in his initial performance as an Oriole, as he was mauled in Milwaukee...

(As an aside, if anyone has any details on Steve Stone the poet, I'd love to know. I can only find general references on his bio pages.) In the game recaps, they don't attempt to prevent their fandom running away with them. Of a late July game against the Angels we get this:

Weaver then inserted the "Preacher," Pat Kelly, ... an ice-blue glow enshrouded the O's resident Guardian Angel. After working to a 3 and 1 count, Kelly took Heaverlo's next pitch over the center field barrier for a pinch hit gram slam homer. At that point, more than a few Oriole fans began to believe that maybe the Orioles were God's favorite team this year, too. The "meek" were indeed inheriting the American League East.

Between these flourishes, I learned a few interesting facts:

Despite the occasional nugget of knowledge or fun passage, the recaps get repetitive and wearing, particularly their focus on who collected pitcher wins or RBI. A product for daily reading needs a lot of editing to become a book-length project and it doesn't get that here. So unlike Beard's Birds on the Wing or Earl's autobiography, In The O Zone is not essential reading for an Orioles history buff. It's an enjoyable trip through fond memories for fans of a certain age.